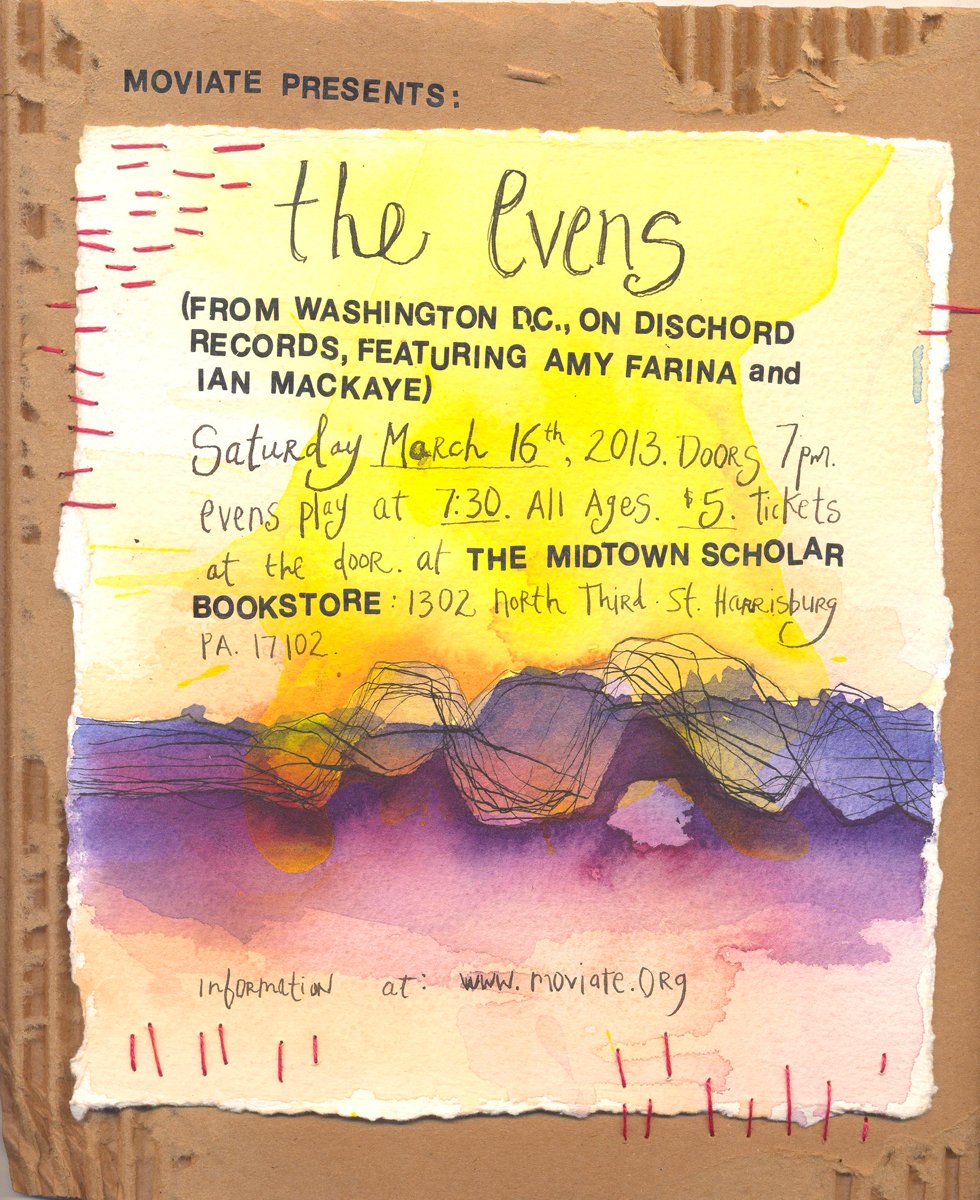 return to HARRISBURG in support of their new LP "THE ODDS", listen to "King of Kings", HERE.

LIMITED TICKETS AVAILABLE AT THE DOOR. (online ticketing has ended)

The Evens are a band from Washington, DC.

PITCHFORK review and listen to "KING OF KINGS": HERE

Amy Farina grew up in the Harrisburg area, going on to play in great bands such as The Warmers and Ted Leo/RX, and with Lois (even playing on a JOHN PEEL SESSION)

$5, limited tickets at the door.