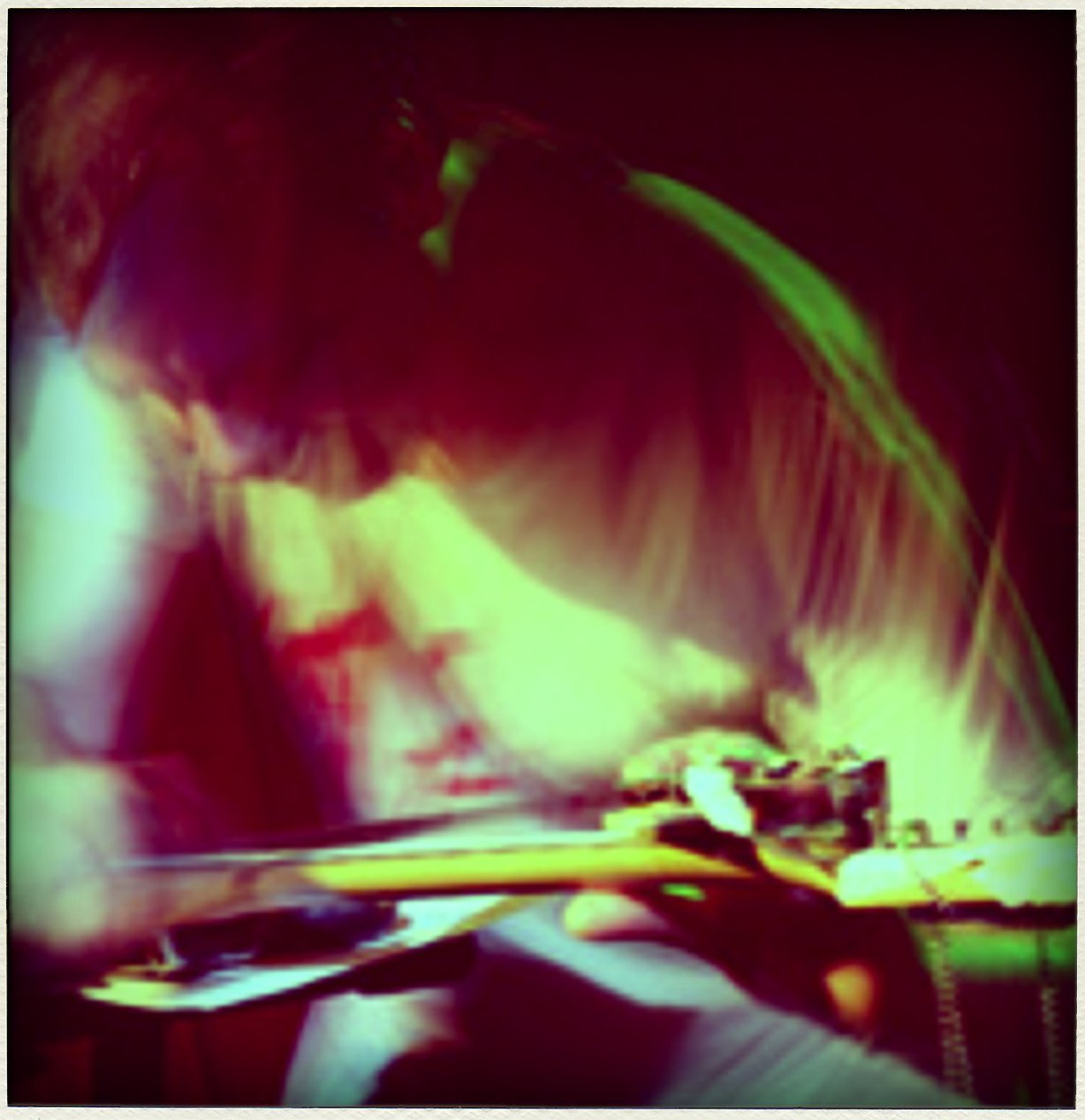 Ben Miller/degeneration: Miller's solo performance explores the "prepared guitar" as a form of auditory degeneration. The guitar is placed on its back with its six strings strung about one fifth below standard tuning. The strings are occasionally "prepared" with small clamps, large paperclips, ace bandage fasteners, and other found objects. A conventional guitar pick is almost never used. The strings are primarily excited by fingers and hands while using/abusing various metal slides, combs, springs, screws and bolts, a lint trap, a restaurant-style salt shaker, touching the strings against the pickups, a violin bow, an eBow, etc. with the occasional addition of electronics i.e. an Electroharmonix Big Muff Distortion and Frequency Analyzer, a stereo Boss Delay unit and the liberal use of a Bigsby tailpiece. Besides sounds generated by the strings, the instrument also makes use of string-sounds below the bridge, above the nut, and sounds from the guitar body itself. The neck and frets are almost never used as "a neck with frets". The instrument (a deconstructed Gibson Kalamazoo) has two humbucker pickups and two contact pickups (one on the headstock and one on the body). First constructed in 1982, "The Zoo" was converted to stereo by placing the second pickup facing down over the first fret by means of tinker toys and a strip of metal.