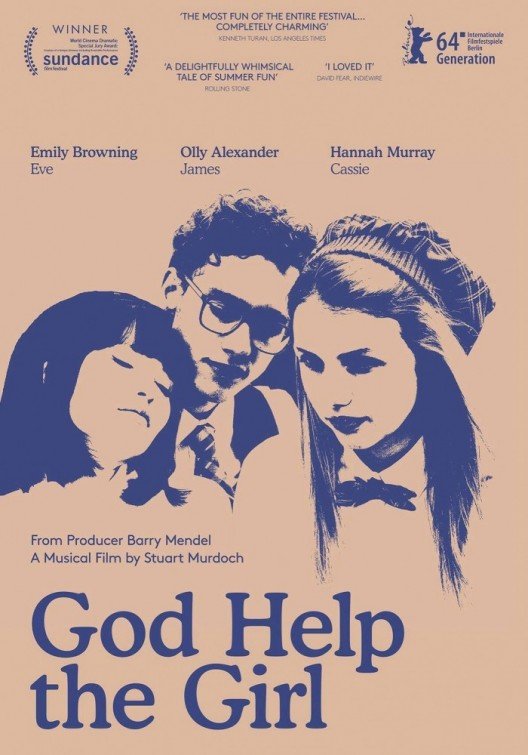 "GOD HELP THE GIRL" by STUART MURDOCH (of Belle and Sebastian)

Creative destruction is an economic concept that describes the paradox of progress by attaching evolutionary theory to capitalism. "It's the process of industrial mutation that incessantly revolutionizes the economic structure from within, incessantly destroying the old one, incessantly creating a new one." The dualistic nature pairs well with who we are as twins and the stories we try to tell- tales of a people and their pursuit of money. How does this pursuit mutate now that change is the only constant in capitalism?

Quotes from an ancient Mayan hero tie together the life of an undocumented Mexican, his indigenous family, and their dying language.

An experimental tale distorting Bali's modern world into a historical account depicting the demise of its former cultural motto, "Rice is Life." Ten wordless vignettes, all in-camera edits, are strung together to compose a two-part mythological venture down the heavenly mountain toward the demonic sea, culminating at the site of the 2002 terrorist bombing.

Brendan and Jeremy Smyth are 16mm experimental documentary filmmakers who explore the globe in search of cultural oddities. Their interest in visual anthropology has sent them from Mexico to Indonesia showcasing the economic plight of workers through unique methods of storytelling. The twins' work has won multiple awards and screened at notable festivals/venues including Anthology Film Archives, Antimatter, Atlanta, Big Muddy, Chicago Underground, Edinburgh Int’l, and Indie Grits. The two are the directors/programmers of the Haverhill Experimental Film Festival in Massachusetts, soon to open submissions for the third annual event. Currently, the Smyth brothers live in Durham, NC, where they curate a monthly experimental film series known as UNEXPOSED.

8PM, all-ages. at The Other Room Theater, Lancaster.

"AS IT IS IN HEAVEN" FEATURE FILM by Joshua Overbay. Sunday August 24th, 2014

"AS IT IS IN HEAVEN"

"After the death of the Prophet, a man is called to lead his small religious sect as they anxiously await the end of the world they were promised. Director Joshua Overbay deftly leads audiences down a twisting path of passion and devotion, envy and manipulation in this sympathetic portrayal of a modern-day cult leader and his spiritual convictions. Devoted to a simple life of faith in unforgiving Kentucky backcountry, a small religious sect seeks spiritual awakening as their Prophet (John Lina) nears death and his son, Eamon (Luke Beavers), prepares to step forward as their new leader. But, in his last moments, the Prophet instead names newcomer David (Chris Nelson) as his spiritual successor"
a cult approaches the end of the world

"the stakes are nothing less than the end of days. . . quietly compelling . . . ominous"
— hollywood reporter

". . . finds its creepy heart in the performance of Chris Nelson, who imbues his fledgling cult leader with deep spiritual feeling and a welcoming humility . . ."
— the stranger (seattle) 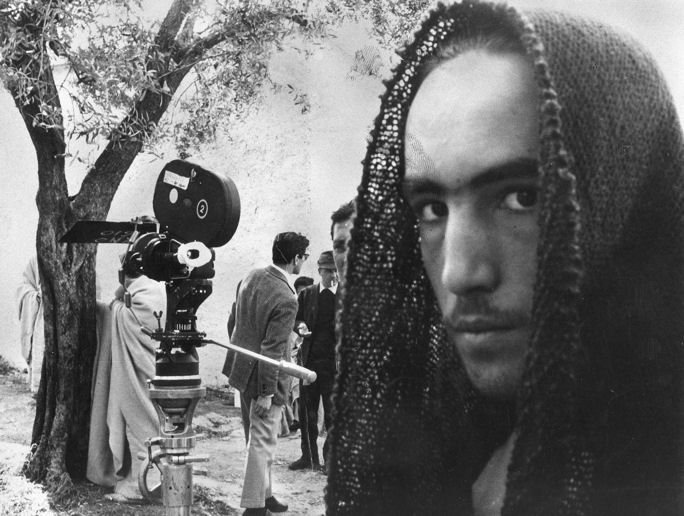 PIER PASOLINI's "THE GOSPEL ACCORDING TO ST. MATTHEW" 1964. 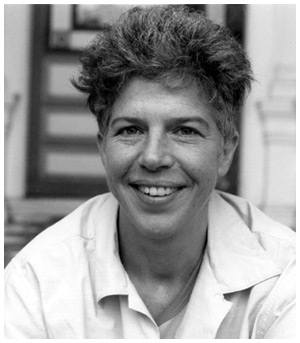 Su Friedrich's films regularly combine elements of narrative, documentary, and experimental styles of film-making and often focus on the roles of women, family, and homosexuality in contemporary America. Su Friedrich has been a leading figure in avant-garde filmmaking and a pivotal force in the establishment of Queer Cinema. Her work has radicalized film form and content by incorporating a feminist perspective and issues of lesbian identity and by creating a remarkable and innovative synthesis of experimental, narrative and documentary genres.

This event is open to the public. 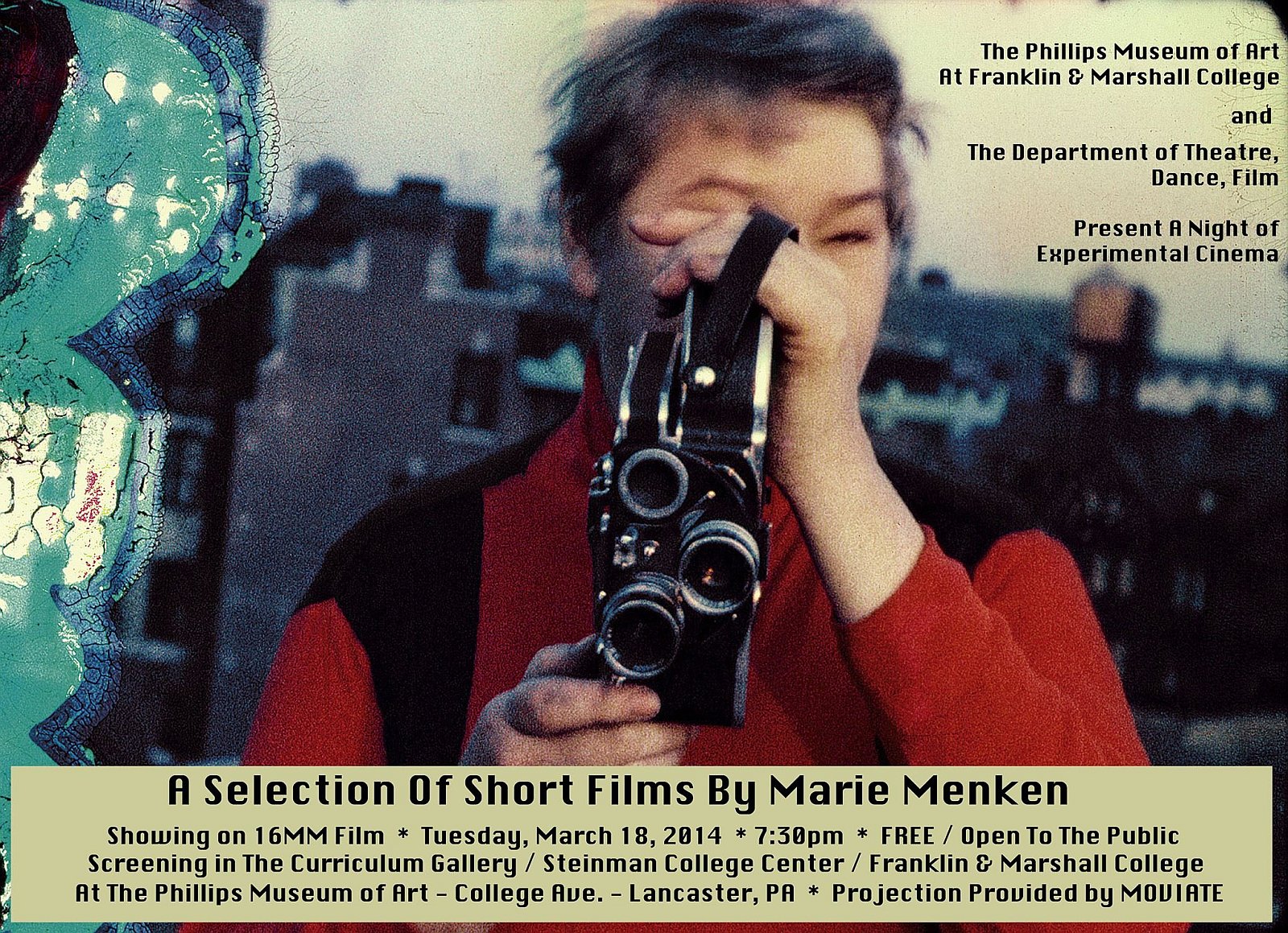 As an American experimental filmmaker, Menken incorporated collage, painting and stop motion into her work. She took influence from the various art movements her contemporaries took part in, including abstract expressionism. Menken was known for her association and influence on many of the leading members of the movement, including Andy Warhol and experimental filmmakers Kenneth Anger and Stan Brakhage.

Co-Sponsored by the Department of Theatre, Dance, Film
Projection by MOVIATE
This event is free and open to the public.

A SELECTION OF SHORT FILMS BY MAYA DEREN ON 16MM FILM 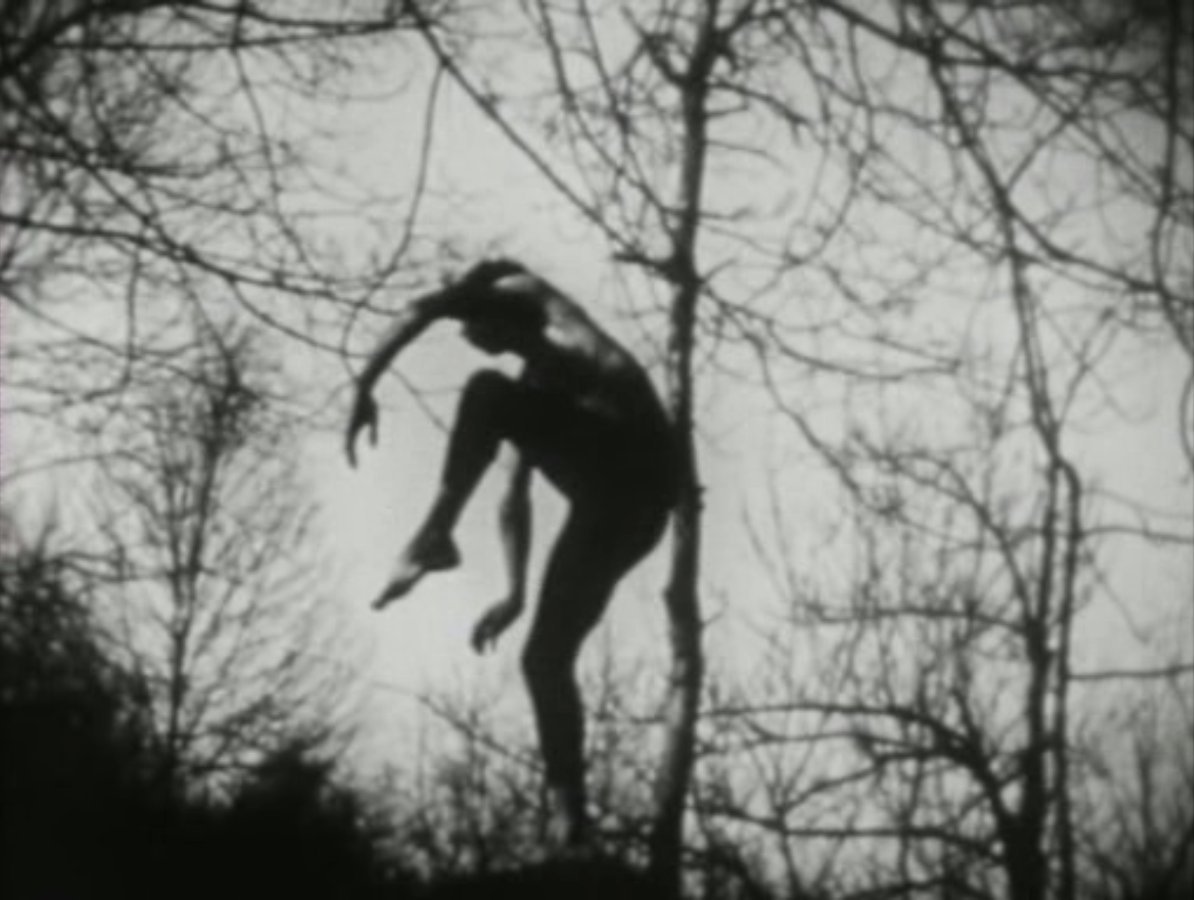 In conjunction with the exhibition, Theresa Bernstein: A Century in Art, The Phillips Museum presents a selection of short films by Maya Deren. "American experimental filmmaker and entrepreneurial promoter of the avant-garde in the 1940s and 1950s, Maya Deren combined her interests in dance, voodoo and subjective psychology in a series of surreal, perceptual, and black and white short films." Featuring: At Land (1944) Meshes of the Afternoon (1943) Ritual In Transfigured Time (1946) The Witch's Cradle (1943) A Study In Choreography For Camera (1945) February 18, 2014, Curriculum Gallery, The Phillips Museum of Art, 7.30 P.M. Co-Sponsored by the Department of Theatre, Dance, Film Projection by Moviate www.moviate.org This event FREE and open to the public.

Moviate is proud to present a screening of the new film by Frank Henenlotter (Basketcase, Brain Damage, Frankenhooker). This documentary film is still on the festival circuit and we are excited to host a local screening.

THAT’S SEXPLOITATION!, is a visual history of over 40 years of sex in the cinema (1930-1970)! It will feature rare and lost clips from vintage “adults only” feature films, shocking short subjects, quaint coin drop arcade loops, naughty stags and smokers, and graphic sex educationals from days gone by! Archival footage shows the many genres that developed over the years; including the early sex hygiene and drug scare films, glamour, panties and pasties, pretty pin-ups, goona-goona exotica, nudist camp classics, striptease and burlesque, art house sinema, nudie cuties, roughies, sexy psychedelia and tying things up with the pre-hardcore white coaters.
Your guides for this seldom seen side of American film history are The Mighty Monarch of Exploitation Film DAVID F. FRIEDMAN and cult movie director FRANK HENENLOTTER. They’ll accompany you on a fun and informative wild ride through the wonderful world of sexploitation cinema! The film was produced by SWV head honcho Mike Vraney and our partner in crime Jimmy Maslon. Directed by the illustrious Frank Henenlotter.

Review from The Hollywood Reporter: 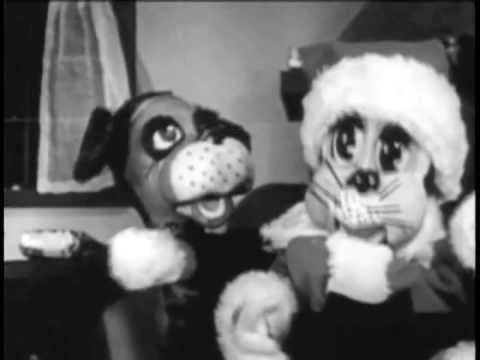 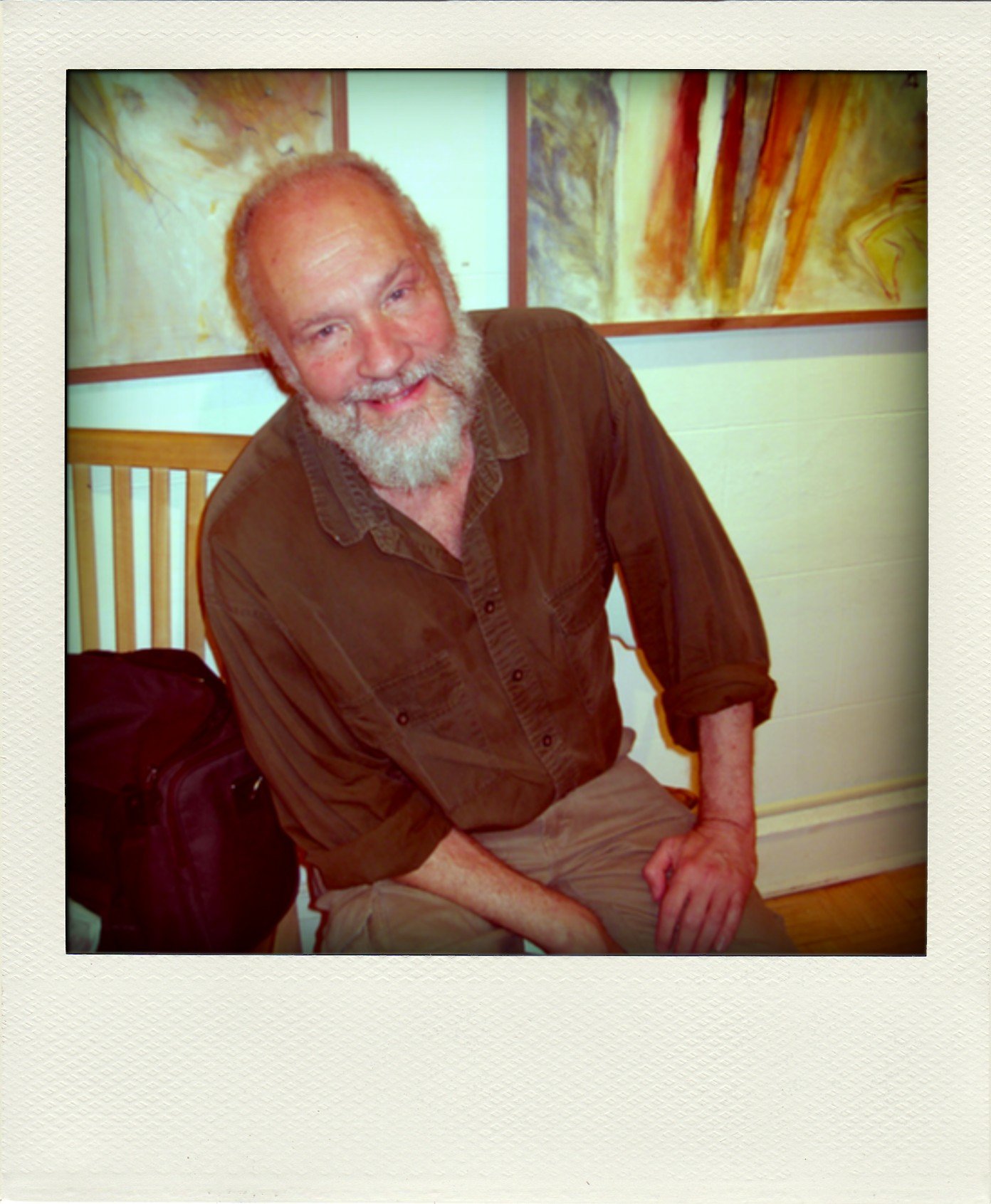 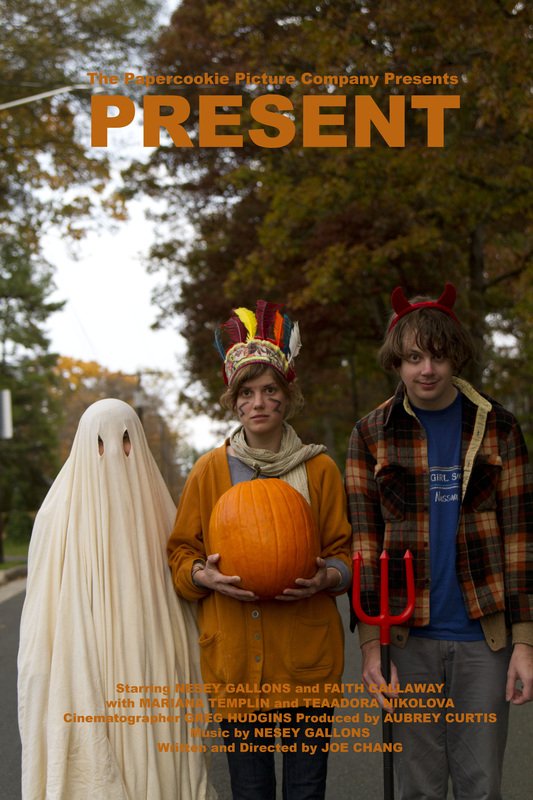 ABOUT:
Daniel Crane (Nesey Gallons) is a semi-famous performance artist traveling and touring around the country, entertaining small enthralled audiences in the living rooms of houses with his awkward and sometimes alienating acts. On Halloween weekend, he finds himself with a few days off in Asheville, NC, staying with his kid sister, Dorothy (Faith Callaway) who works as a waitress at an old mom and pop Diner.

When a couple leaves a book at the Diner, Dorothy and Daniel decide to revisit the small town where they grew up. Along with Dorothy's roommate Cassie (Mariana Templin), they set out on a trip to Mount Airy, NC, discovering the things they once remembered are vanishing, and realizing things they've kept inside themselves since childhood never go away.

Written and Directed by
JOE CHANG 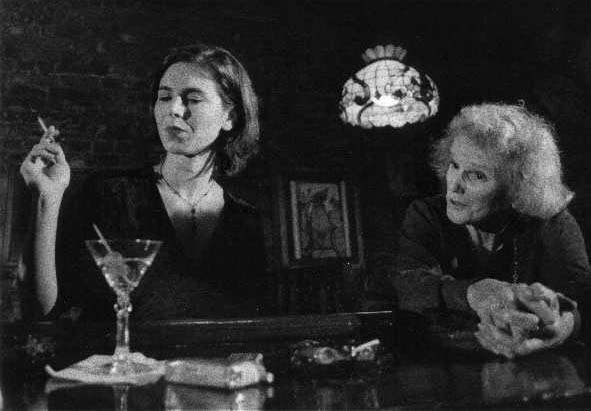 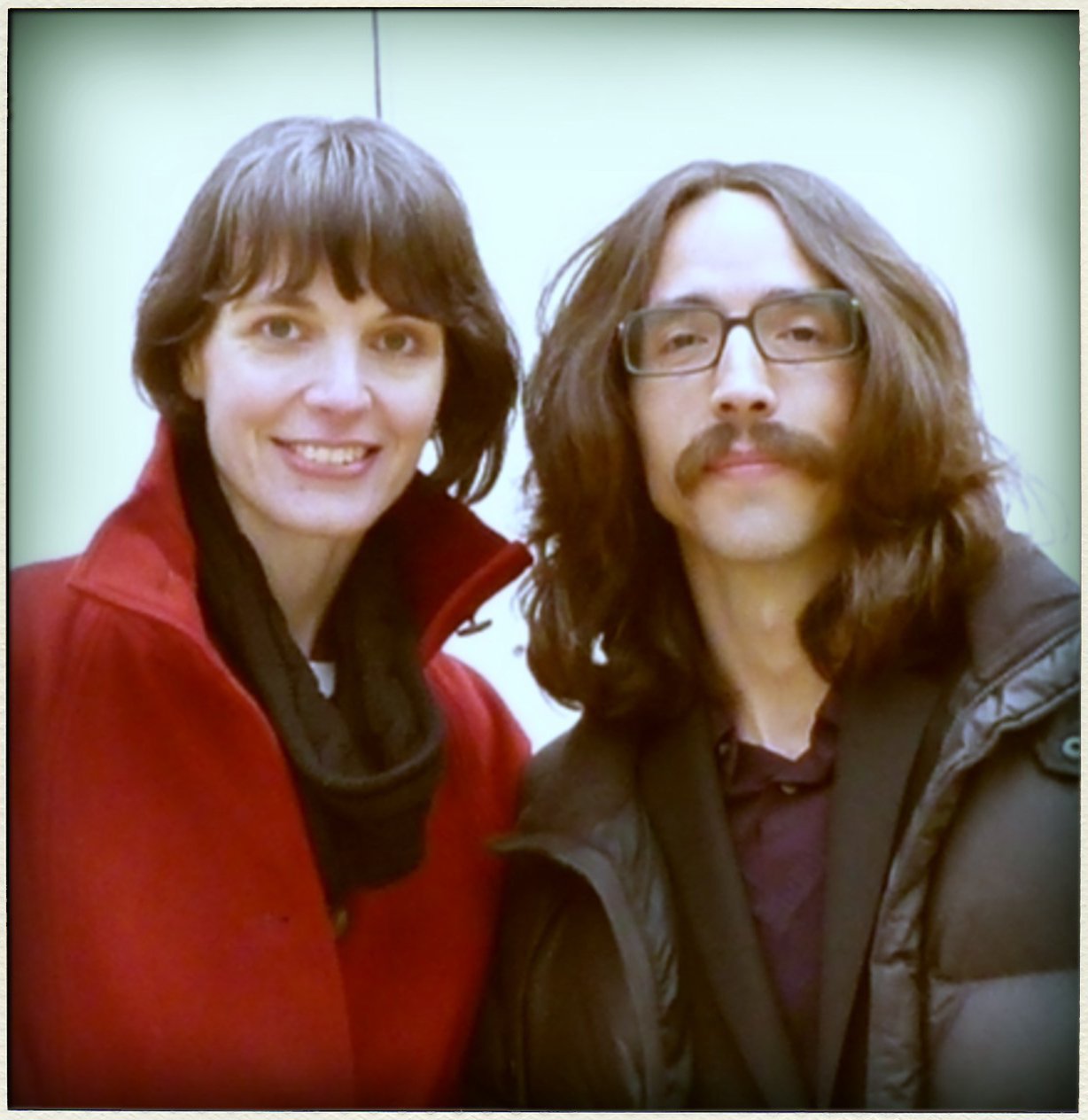 info on Sandra and Luis:

all-ages, $5 donation to the visiting filmmakers.\ 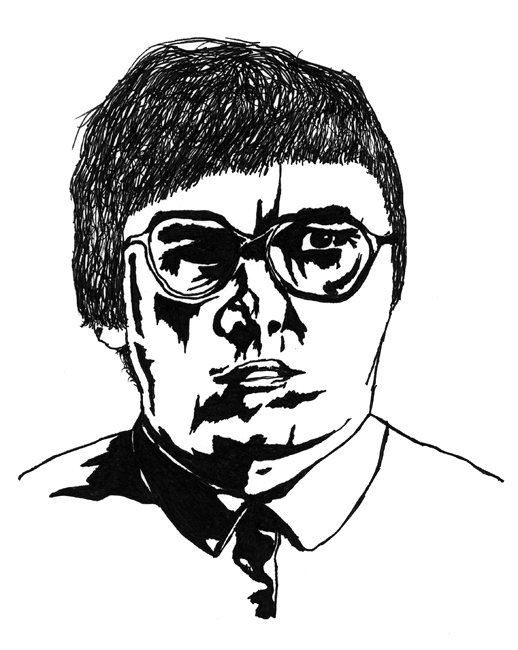 Moviate presents a rare series of 3 social documentaries from the late 70's & 80's on full-color VHS - Squatters: The Other Philadelphia Story, Sam Maloof: Woodworker, Full of Sound and Fury: Living with Schizophrenia

"LOW MOVIE: HOW TO QUIT SMOKING"

Low Movie (How to Quit Smoking) from Cinema Purgatorio on Vimeo.

"Low Movie (How To Quit Smoking)" follows the entire career of the iconic band Low and their relationship with director Philip Harder. For twenty years they made music videos and short films together, filming on ice, in railroad yards, and in rapidly disintegrating rooms.

Low formed in 1993. Before the band’s debut record, Harder, armed with a 16mm camera, filmed the band on Lake Superior in minus 30 windchill. At the time Low bucked rock protocol by turning their volume down and the haunting visuals helped define their minimalist approach. As Low matured they turned up and the lyrics grew more aggressive and political. The visuals followed suit resulting in clips that were never released due to the violent subject matter. Year after year, for two decades, Harder continued to shoot Low’s music.

For Low Movie, Harder went back into the vaults and reassembled all of his 16mm negatives, including outtakes, new material mixed with old, much of which has never been seen by anyone, including the band.

Low Movie was created by the one person — other than members Alan Sparhawk and Mimi Parker — who has worked with the band Low over its entire existence. 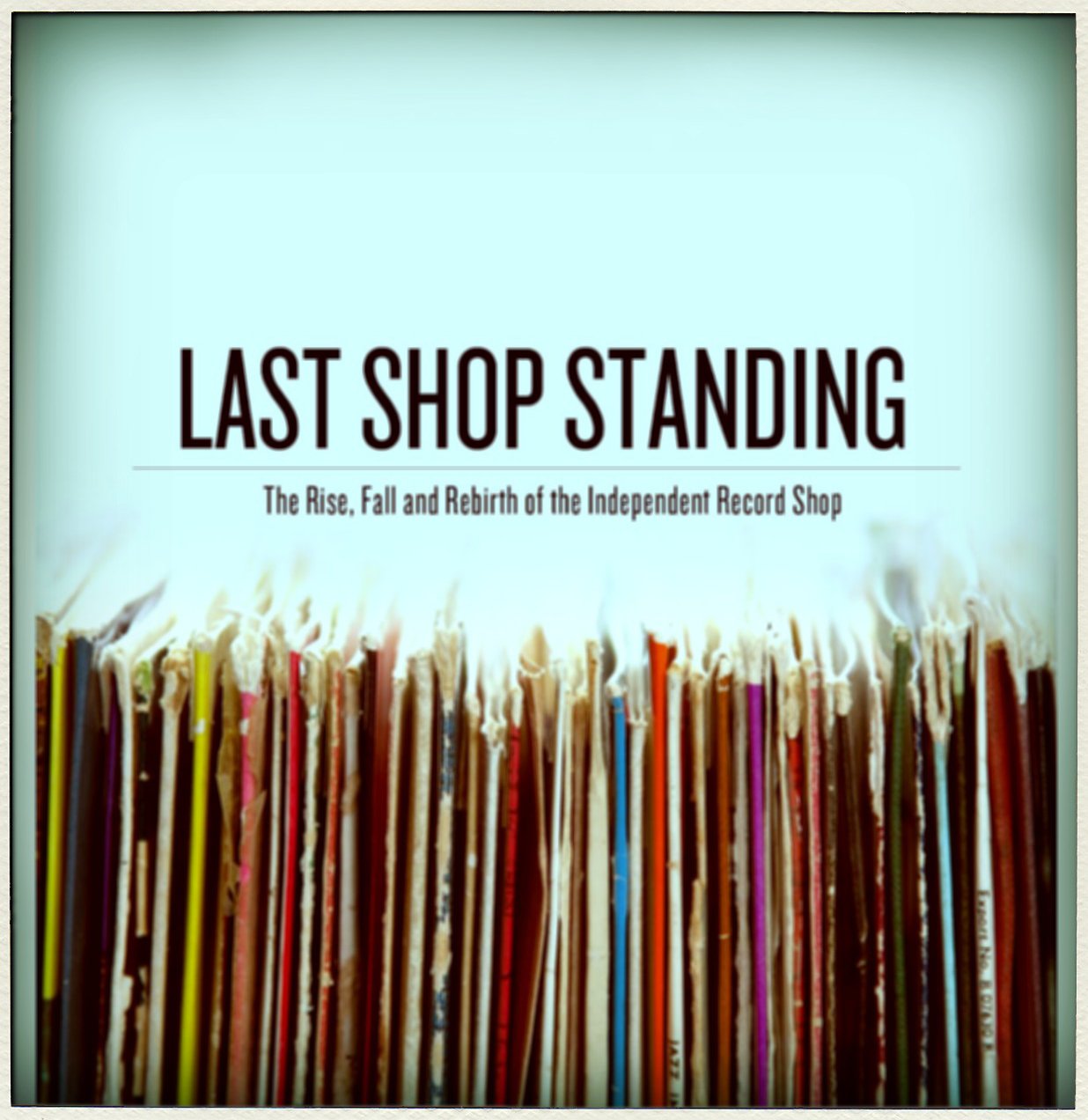 In Celebration of RECORD STORE DAY at LITTLE AMPS, we are hosting a FREE SCREENING of the new documentary

"Last Shop Standing: The Rise, Fall and Rebirth of the Independent Record Shop"

PROJECTION by MOVIATE, 16mm: "The Virgin Spring" by Ingmar Bergman, at the PHILLIPS MUSEUM, F&M, Lancaster

16mm film print of "THE VIRGIN SPRING" by Ingmar Bergman

at the PHILLIPS MUSEUM OF ART, Franklin and Marshall College, Lancaster

(moviate is providing projection for the film screening) 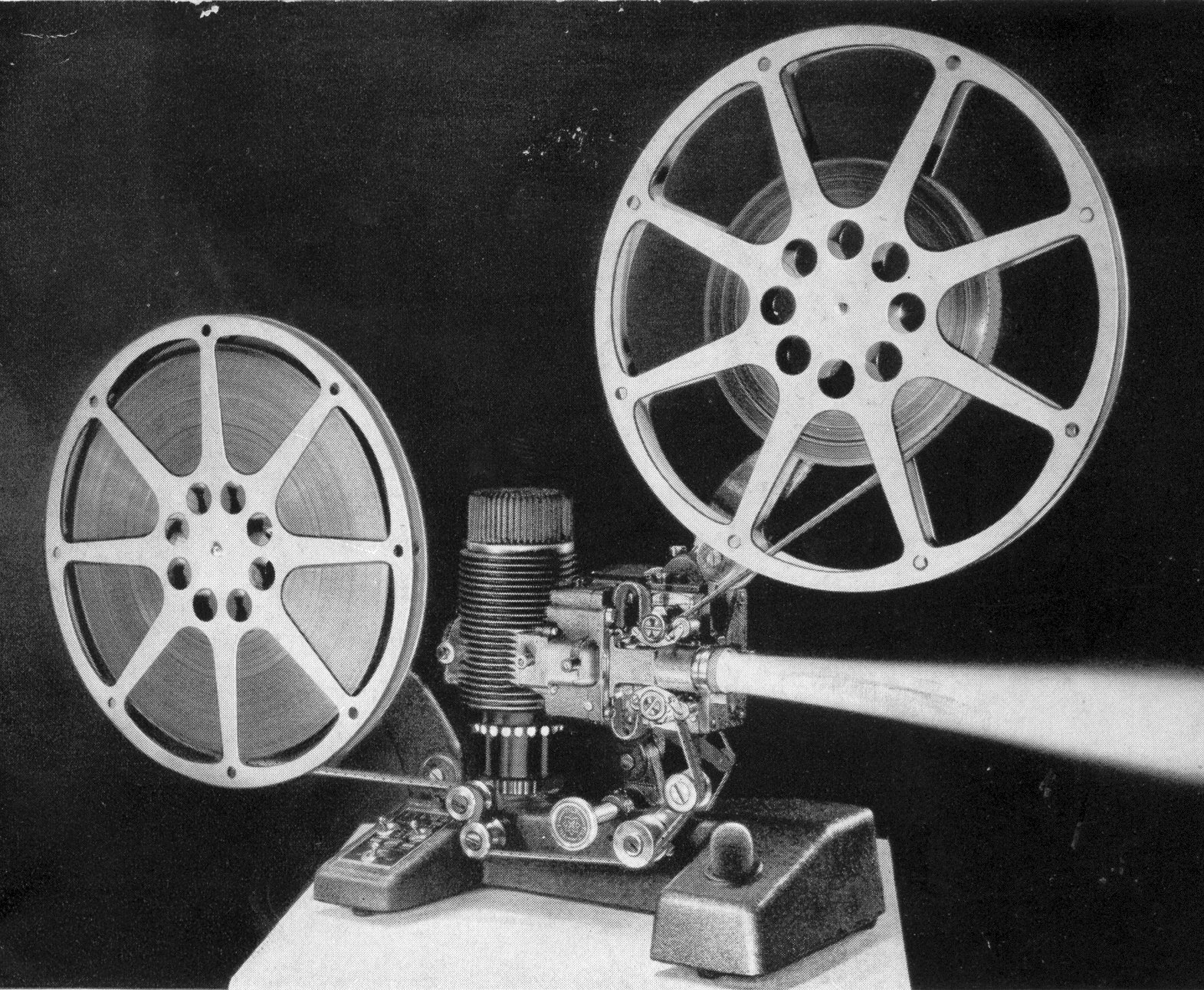 Moviate & The Film and Media Studies Program At

THE OTHER ROOM THEATRE (on the campus of F&M)

Come out and enjoy a program of rarely seen classic experimental films! All films will be shown in glorious 16mm!

FILMMAKER MARTHA COLBURN will be IN-PERSON at the GREEN ROOM THEATRE (Franklin and Marshall College, LANCASTER)

7:30PM, FREE (for more info, contact This email address is being protected from spambots. You need JavaScript enabled to view it. )

"METROPOLIS" with a LIVE ORIGINAL SCORE by THE REESE PROJECT 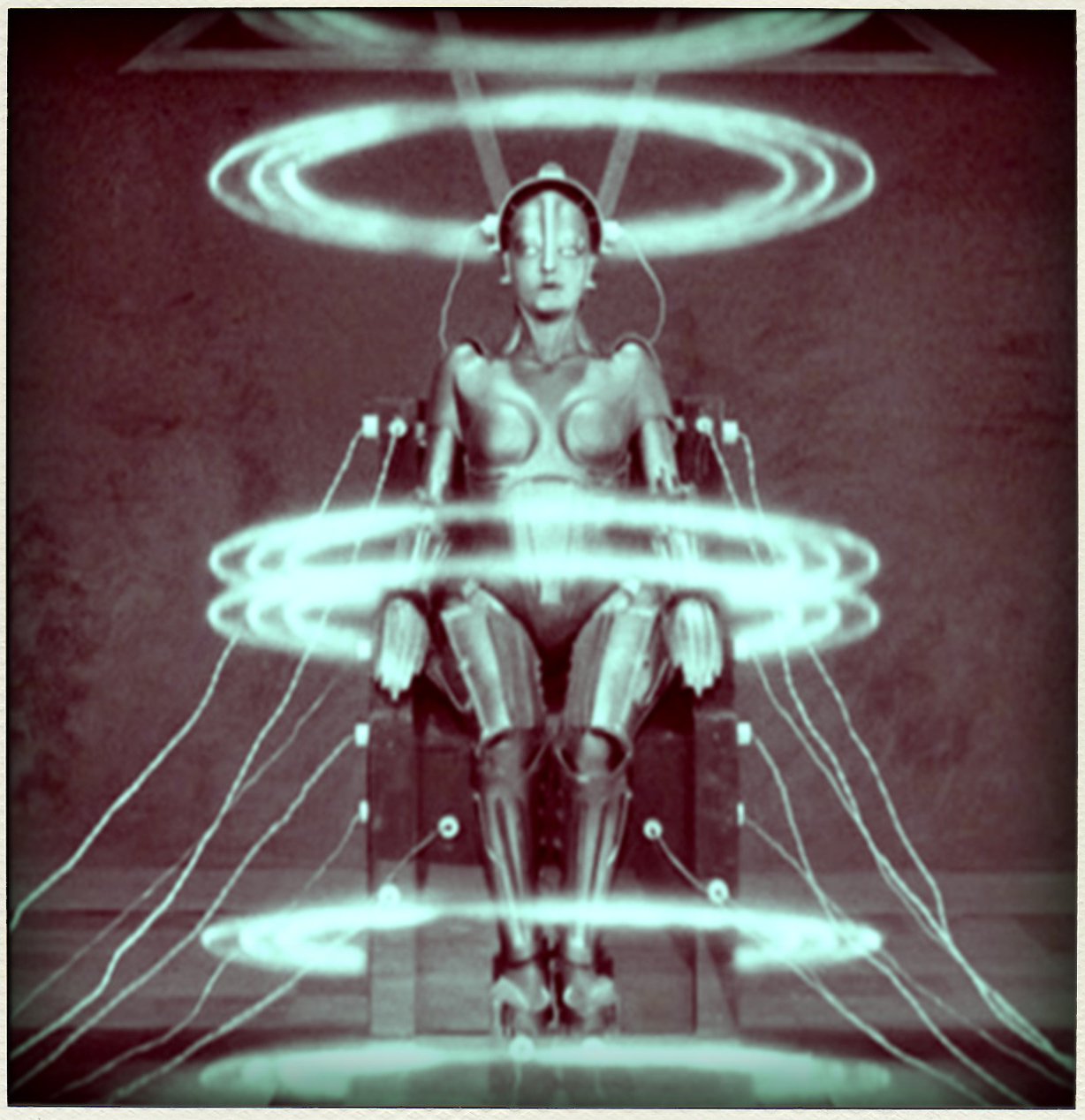 This classic silent film will be presented with a live original score by The Reese Project.

This husband and wife duo played the live score to last year's popular presentation of Buster Keaton's "The General."
Sponsored by Carole DeSoto