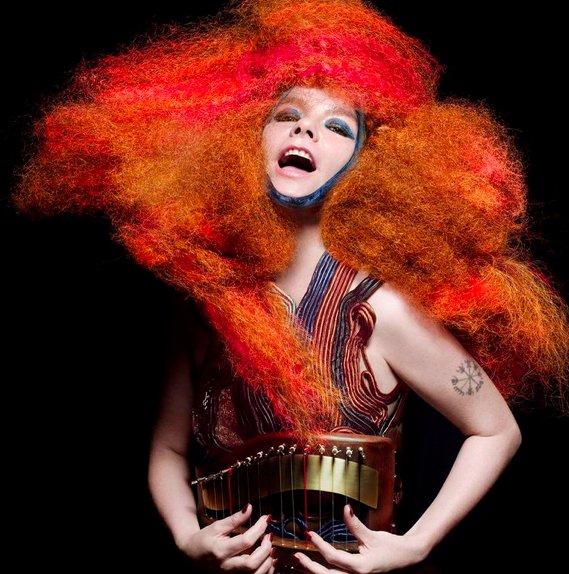 "From a mind unlike any other, Biophilia Live chronicles the multidimensional concert centered on the eighth studio album of avant-garde Icelandic artist Björk. Nick Fenton and Peter Strickland, unique voices in their own right, film Björk live in performance and punctuate her music with evocative animation and science and nature footage. The infinitely creative journey presents a culmination of work that represents one of the most original musical endeavors of a generation"

"biophilia live' is a concert film by nick fenton and peter strickland that captures the human element of björk's multi-disciplinary multimedia project: biophilia. recorded live at björk's show at london's alexandra palace in 2013, the film features björk and her band performing every song on 'biophilia' and more using a broad variety of instruments - some digital, some traditional and some completely unclassifiable. the film has already been hailed as " a captivating record of an artist in full command of her idiosyncratic powers" (variety) and " an imaginative stand-alone artwork" (hollywood reporter) and is a vital piece of the grand mosaic that is 'biophilia."

"There are not many artists who can combine the lifecycle of a jellyfish with a breakbeat and make it work. But this is an extraordinary piece, perhaps more an opera, where Björk and drummer Manu Delago are at their virtuosic best. It's utterly bonkers yet moving – especially a strange love song set to a mutating virus. It should be mandatory viewing for anyone about to dam a glacial river to facilitate aluminium smelting." - The Guardian