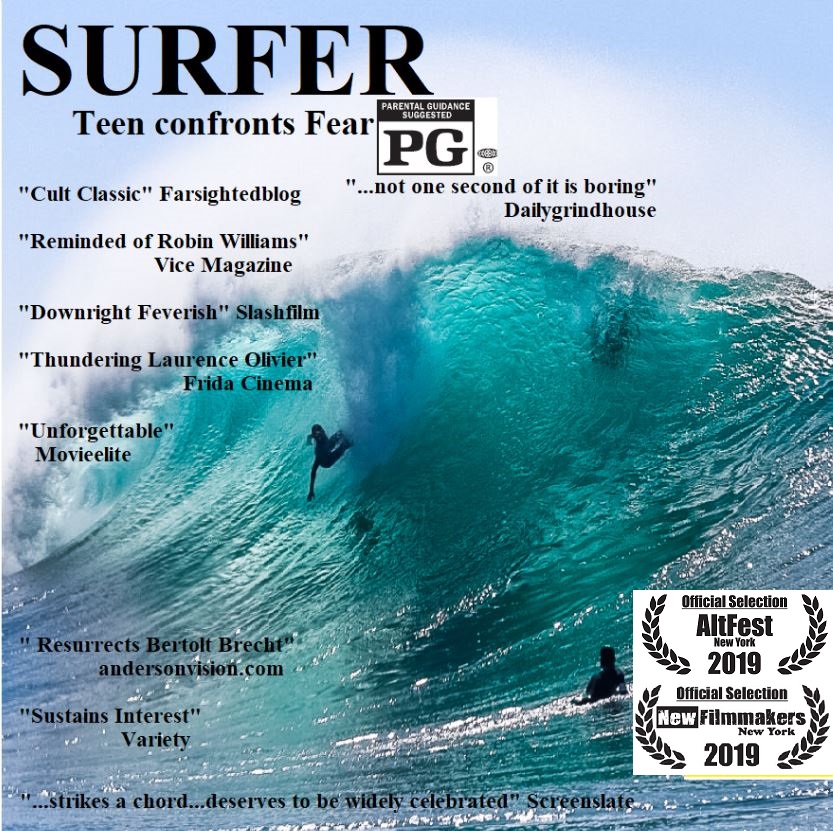 MOVIATE presents a rare One Night Only screening of the new cult movie sensation, SURFER: TEEN CONFRONTS FEAR! Real-life physicist Douglas Burke serves as director, writer, and star of this unbelievable exercise in amateur filmmaking reminiscent of the work of Neil Breen and Tommy Wisseau.

Surfing since as young as he can remember, at the age of 13, Sage is crippled by fear after suffering a wipeout on a huge wave. The wave slammed him to the bottom and held him pinned there without air until he nearly died.

With his whole life still ahead of him yet now paralyzed by fear, Sage no longer surfs the waves. But unable to ignore the mystical and powerful pull of the ocean, he fishes in the surf, and finds more than he bargained for.

This is the story of a teenager who confronts fear…

While editing home video footage of his son surfing, physicist-turned-filmmaker Douglas Burke saw the opportunity to create an expansive feature film that explored his faith in God and love for the sea. The result is a true crowd-pleaser and the latest masterpiece from a legitimate modern outsider filmmaker.

“This Christian surfing movie is the next THE ROOM.” - Vice

“The weirdest home movie ever.” - Chicago Reader “A bizarre successor to THE ROOM.” - SlashFilm