Love’s Labor Found
Looking at what we all do for some half of our waking adult life is always revealing. Once this particular level of inquiry begins it can address a myriad of issues including class disparity, existential questions and whether dreams are deferred or denied. Through observational vignettes and historical tracings these films investigate the world of work in unexpected and invigorating ways.
"Meet me at the bottom, don't lag behind Bring me my boots and shoes You can hang back or fight your best on the frontline Sing a little bit of these workingman's blues"- Bob Dylan

"Winterwheat", (1989,8 minutes by Mark Street) Made by bleaching, scratching and painting directly on the emulsion of an educational film about the farming cycle. The manipulations of the film's surface created hypnotic visuals while also suggesting an apocalyptic narrative

"Lima Limpia" (2015, 10 minutes by Mark Street) An observational documentary made in Peru’s capital. The film begins with the legions of street sweepers who attack the sidewalks with a balletic intensity, and moves on to consider other urban vignettes in this powerful, dense city.The protagonists of the film quixotically and optimistically chip away at the dirt of this locale through a series of repeated gestures.

"Morning, Noon, Night; Water, Land and Sky", (2019, 18 minutes by Mark Street) Archival footage of a scuba exploration of a sunken ship gives way to scenes that explore the working rhythms of the current Brooklyn Navy Yard as well as conjuring ghosts of past technologies and characters

"The Washing Society" (2018, 44 minutes, by Lynne Sachs and Lizzie
Olesker) When you drop off a bag of dirty laundry, who’s doing the washing and folding? THE WASHING SOCIETY brings us into New York City laundromats and the experiences of the people who work there. With a title inspired by the 1881 organization of African-American laundresses, our film investigates the intersection of history, underpaid work, immigration, and the sheer math of doing laundry. 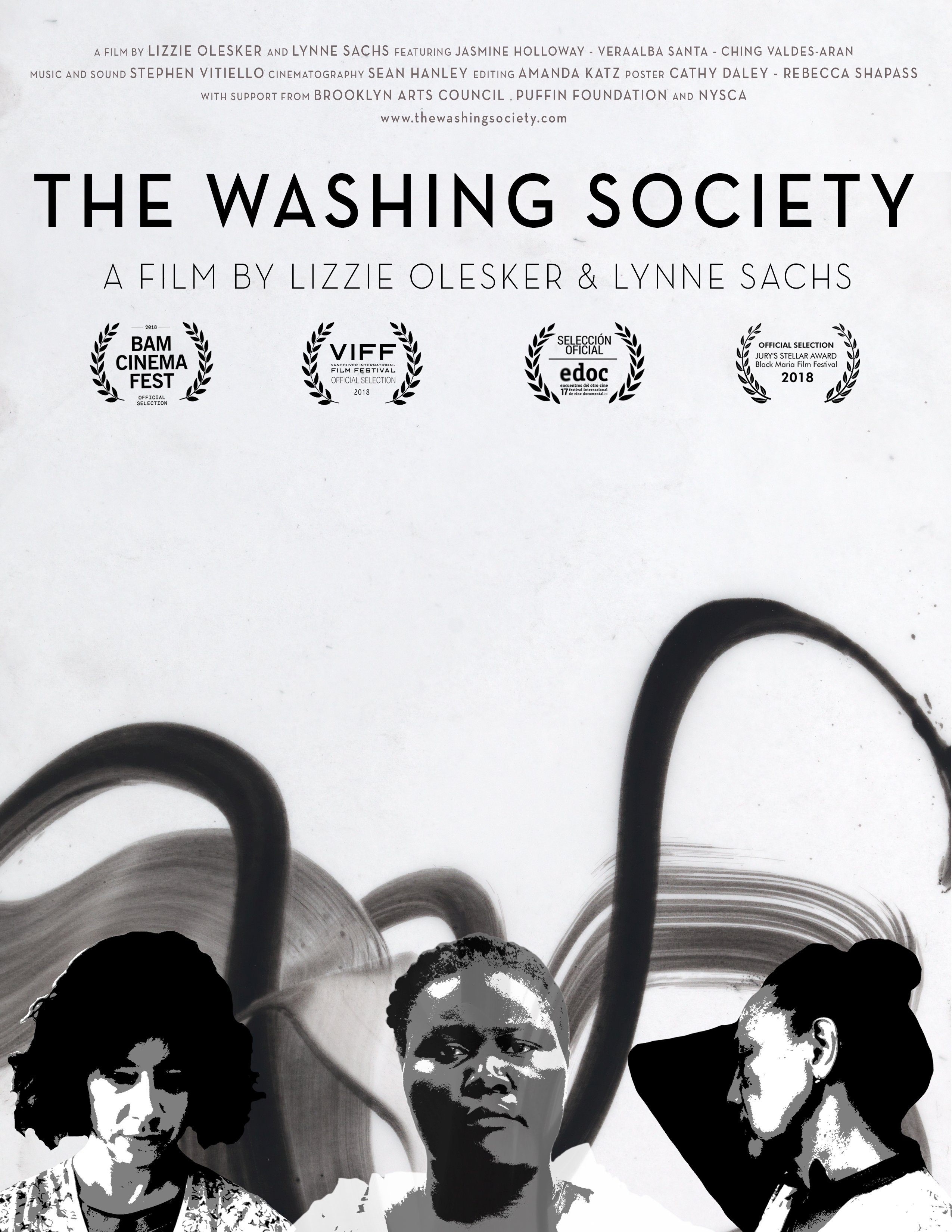