"DON'T BREAK DOWN: A FILM ABOUT JAWBREAKER" 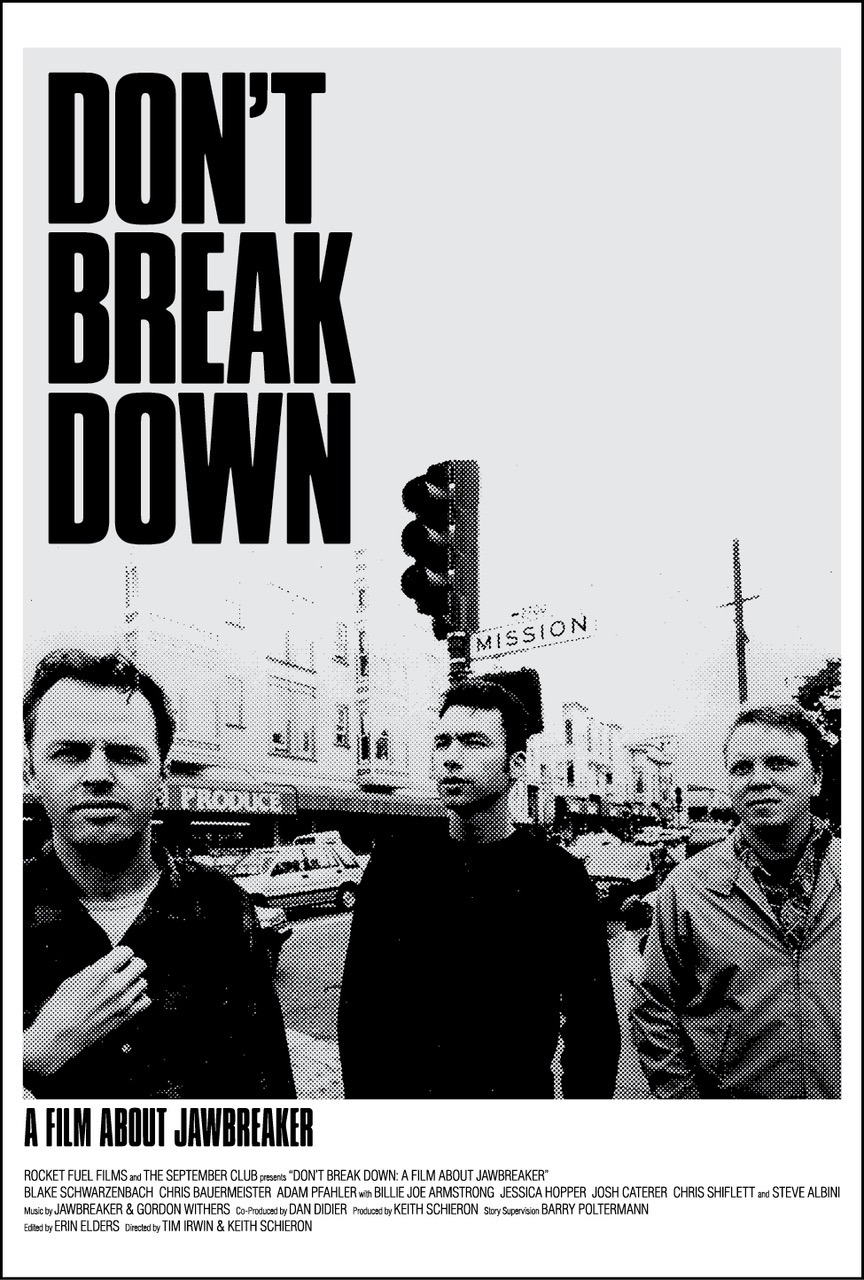 One screening only of the new doc:
"Don’t Break Down: A Film About Jawbreaker"

In 2007, 11 years after one of the most influential American punk bands, Jawbreaker, called it quits the three members, Blake Schwarzenbach, Chris Bauermeister, and Adam Pfahler reconnected in a San Francisco recording studio to listen back to their albums, reminisce and even perform together. Follow the band as they retell their “rags to riches to rags” story writhe with inner band turmoil, health issues, and the aftermath of signing to a major label. Featuring interviews with Billy Joe Armstrong, Steve Albini, Jessica Hopper, Graham Elliot, Chris Shifflet, Josh Caterer and more.