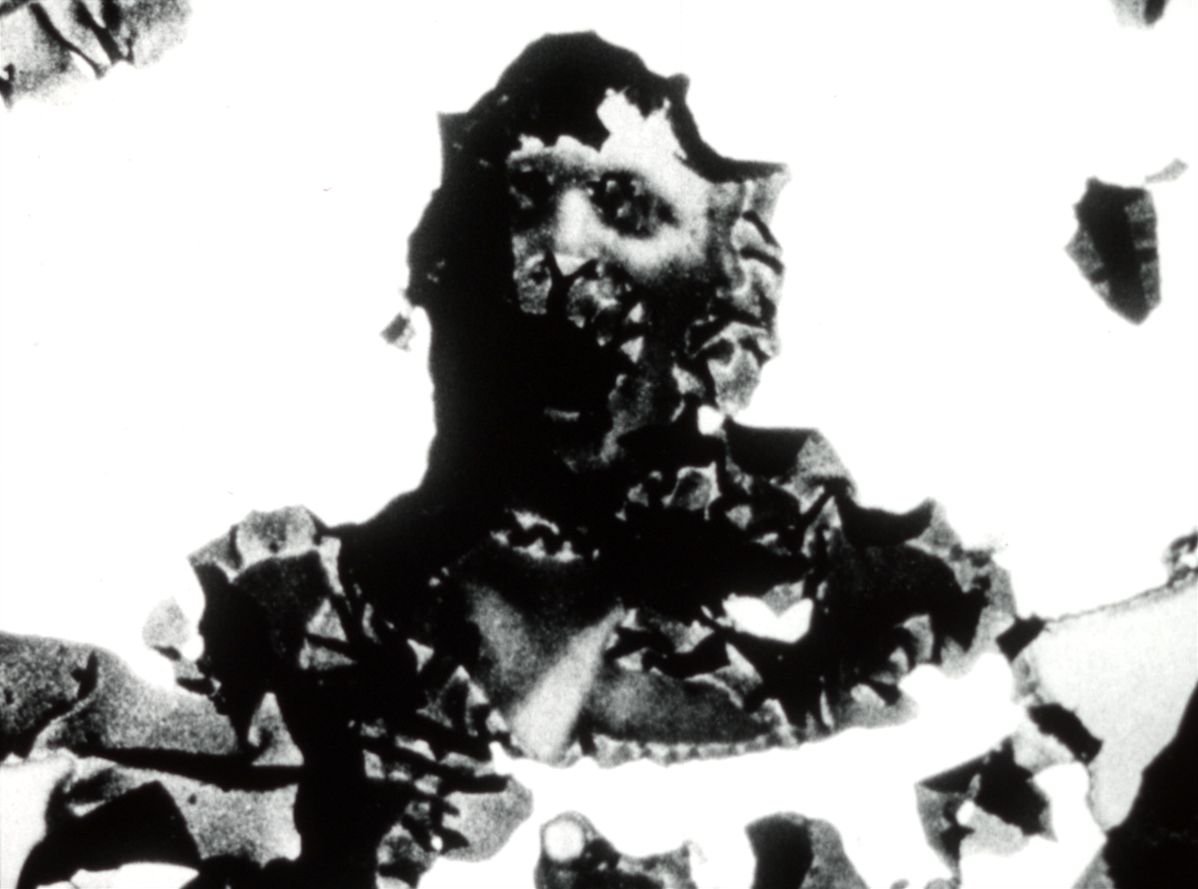 In 1933, at age 33, Harry Alan Potamkin died of complications related to starvation, at a time when he was one of the world's most respected film critics. In his writings, he advocated for a cinema that would simultaneously embrace the fractures and polyphony of modern life and the equitable social vision of left radical politics. This film-biography is assembled out of distorted fragments of films on which he had written, an impression of erupting consciousness.
At the Odessa steps, trampling gives breath to the child. The bullet miraculously reforms the face. The Cossacks march backwards, retreating unseen into their nothing, the unfired rounds of their rifles restored to their menacing potential. Feet tread backward up the steps as the steps themselves collapse in splintering emulsion. The carriage is set upright.

Bio: Stephen Broomer is a filmmaker and film preservationist. His work has screened at the Toronto Film Festival, the New York Festival, and the San Francisco Cinematheque. Since 2010, he has preserved many Canadian experimental films, including films by R. Bruce Elder, John Hofsess, Arthur Lipsett, and Keith Lock.