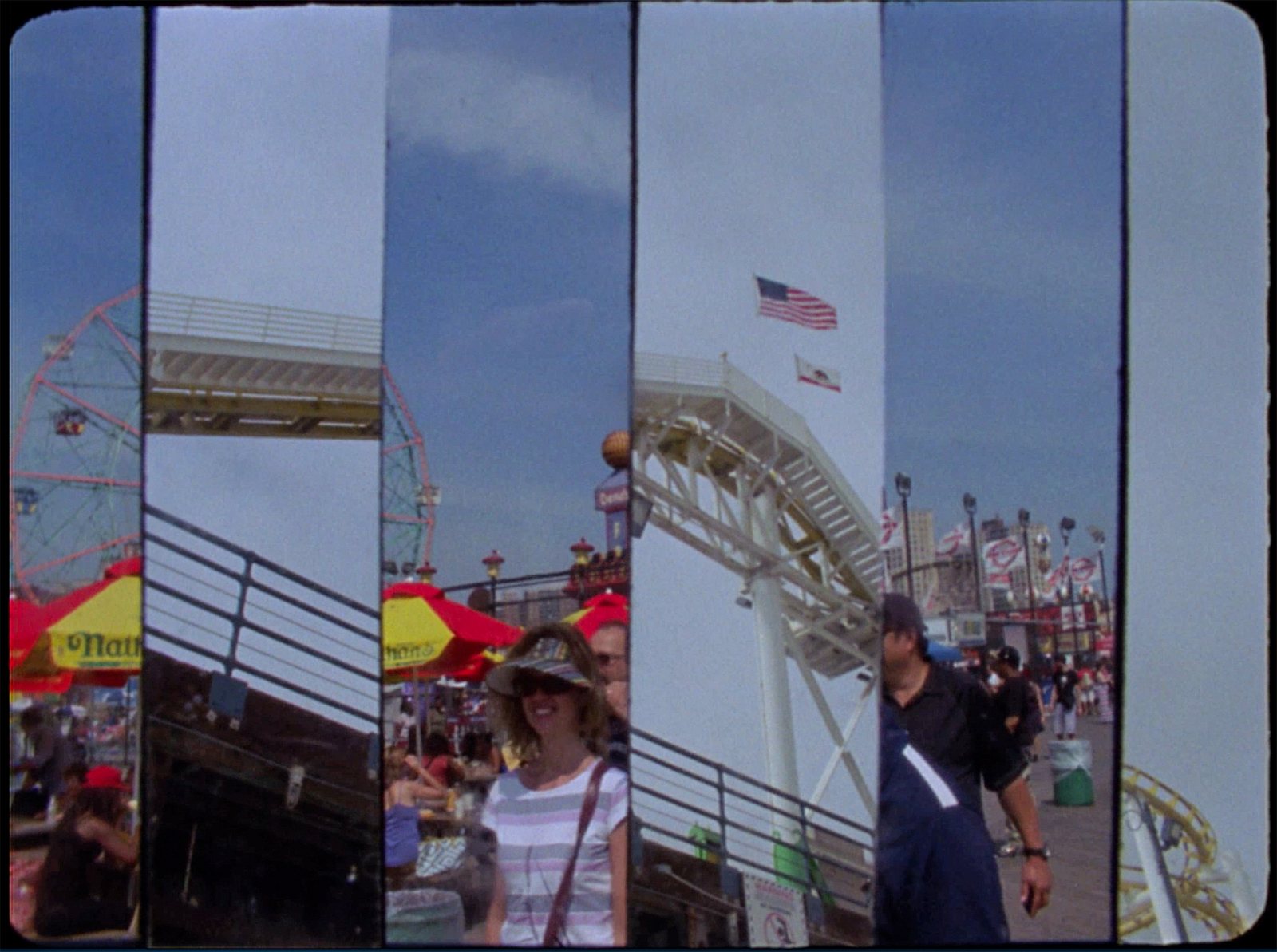 Filmmaker Kathleen Rugh, in-person, comes to Moviate to present a collection of her lyrical 16mm films created over the last nine years. Her films find awe with views of the everyday through enchanting light, unexpected portrayals of dimension, and lens distortions that show how the camera can alter the reality of a space. There emerges a sense of wonderment with how we see the world and the imagery becomes an experience of a space rather than a straight representation.

Here’s a clip from Rugh’s latest film “East, West, and East Again”, which compares the beaches of New York City and those outside of Los Angeles. At moments the two opposing coasts are sliced together through in-camera edits and double exposures.

NEWS . Thanks to a grant from the New York State Council on the Arts' and the ARTS Council of the Southern Finger Lakes my latest film "East, West, and East Again" is ...