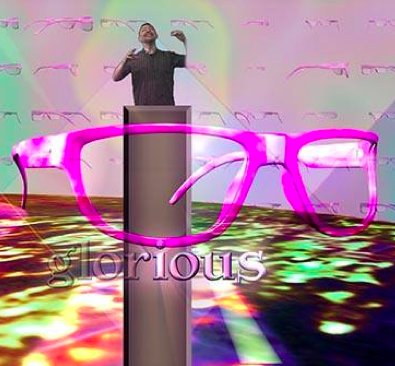 Director David Finkelstein characterizes his film as a 'landscape.' Words, images, and music are all used to evoke a series of changing textures and an evolving inner landscape, which the viewer is free to enjoy in the same way one enjoys a captivating view: by savoring the spatial and color relationships, and becoming immersed in the mood and emotional flavor of each scene, without necessarily expecting the experience to make statements or tell a story. The words, all improvised by Finkelstein and actress Cassie Terman, become physical objects in the scene, where they literally create the landscape and generate the volatile, changing moods of the piece. 'Gertrude Stein was the first one to suggest that language could be used to create a landscape, rather than tell a story,' says Finkelstein, 'and her idea is still proving to be a fruitful way to make performances and films.'

Despite the abstract nature of the film, many viewers will still see implicit meanings in the imagery. The image of the labyrinth and multiple references to the myth of the Minotaur call to mind the Jungian notion of the need we have to confront the monster within us, in order to embrace our whole nature and become free.
THE FILMS OF DAVID FINKELSTEIN
With David Finkelstein In Person!

SUGGESTIVE GESTURES
Traveling along the path of a labyrinth, the viewer passes through a series of extremely diverse landscapes, which are created through lush animation, evocative orchestral music, and rich dialog, in which words are used as much for rhythm and texture as they are for meaning. A man and woman guide us on this trip, taking us past gently falling Mondrian paintings, violent car crashes and bombing raids, and a pair of dancing, multicolored boxes, among many other settings. Based on an improvised performance, 'Suggestive Gestures' leads us gradually and indirectly towards a mysterious animal, hiding in the center of the maze.

DAVID FINKELSTEIN's video work has been featured in numerous film festivals around the world and has won awards at thirteen of them. In 2013, he was an invited artist at the Traverse Video Festival in Toulouse, France. His first feature film premiered at New Filmmakers in New York. He has had solo screenings of his films in New York, Chicago, Portland, Austin, North Carolina, Minnesota, Los Angeles, New Orleans, Philadelphia, and San Francisco. His work has been funded by The Fund for Creative Communities, The Field, Movement Research, Meet the Composer, The Brooklyn Arts Exchange, BACA, and other sources.