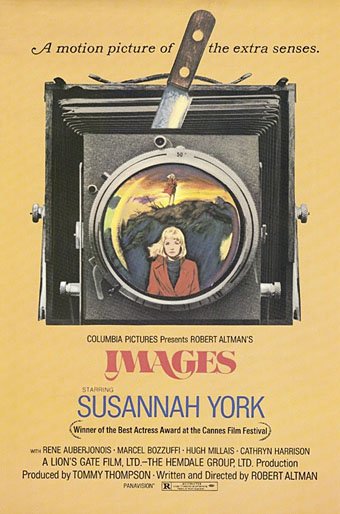 Plot
Wealthy housewife and children's author Cathryn (Susannah York) receives a series of disturbing and eerie phone calls in her home in London one dreary night. The female voice on the other end suggests mockingly to her that her husband Hugh (Rene Auberjonois) is having an affair.

Cathryn's husband comes home, finding her in complete disarray. Hugh attempts to comfort her, but then he is gone, and she sees a different man who is behaving as if he were her husband. She screams in horror and backs away, only to see her vision of the figure revert back to her husband.

Hugh attributes her outburst to stress and her budding pregnancy. He decides to take a vacation to the countryside at an isolated cottage. But as she dwells there, Cathryn delves into darker delusions as the stranger returns, and she finds it difficult to determine what is reality and what is in her mind.