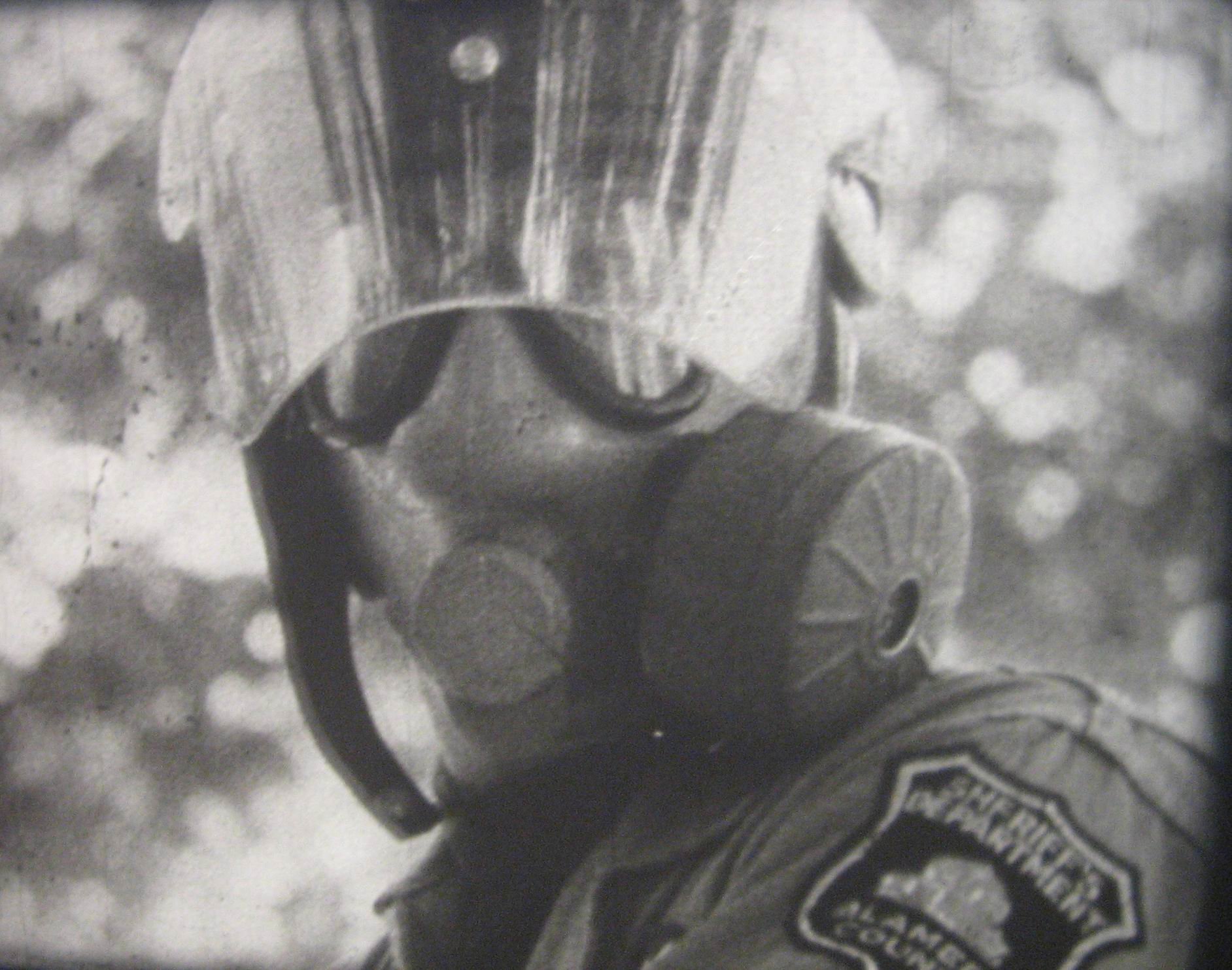 In May of 1969 – 42 years ago – People’s Park in Berkeley erupted into deadly protest, bringing into focus issues such as the concept of private property, civil disobedience and police brutality. We mark this anniversary by presenting the film PEOPLE’S PARK and three other short films that more broadly reflect the spirit of protest and alienation that marked the decade – many of these same issues still relevant today.

Although not all the films are from that pivotal year of 1969, they all reflect on it, shining a light on various aspects of this ‘decade of disillusion’ in a broader sense. From the brooding working-class existentialism of Assembly Line to the hyper-patriotism of a society in deep conflict with itself in America’s in Real Trouble … from the bloody riots of People’s Park to the social and political (and pop-culture) turmoil captured in the impressionistic Love it / Leave it, they impart a feel for the attitudes and ambiguities of the times and form a telling portrait of a disenchanted generation, a generation that 40 years ago was on the brink of exploding into pieces…

This program has played at: The national film museums in Frankfurt, Lisbon and Copenhagen as well as the International House in Philadelphia, The Cinema Arts Centre in Huntington Long Island, The Silent Movie Theater in Los Angeles, etc.

ASSEMBLY LINE: 1961, 30 min., b/w, written & directed by Morton Hellig. This intimate and starkly photographed narrative tells the tale of factory worker Eddie Ryan who throws himself into the neon glitz of downtown Philadelphia on his night off, thinking a wallet full of cash will buy him excitement, companionship and meaning in life. To his distress he finds all the invitations and come-ons to a good time are a con and a fraud – he can spend his money but it buys him nothing, and he manages to connect with no one. An early protest against the emptiness of consumer culture.

AMERICA’S IN REAL TROUBLE: 1968, 15 min., color, by Tom Palazzolo. This free-wheeling reportage from the street captures all the disconcerting contrasts of patriotic Vietnam-era parades as they move in lock-step through the poverty-ridden ghetto of Chicago’s Near Northside. The soundtrack is exclusively composed of music that was heard over the radio that very same moment in time, mostly hillbilly songs that celebrate the arch-conservative virtues of God and Country. The result is an unmediated ‘snapshot of the moment’ that almost resembles a home movie in its naive pacing and composition, but it is precisely this casual and spontaneous approach that manages to capture the mood and mentality of the day more effectively that all the staged Hollywood spectacles. But it’s not necessarily an angry film.

PEOPLE’S PARK: 1969, 25 min., b/w, made by the San Francisco Newsreel group collective. This is necessarily an angry film - a fiercely and unapologetically partisan version of the People’s Park riots of May 1969. It captures not only the famous incident – the street battles between the people of Berkeley intent on defending a park they had created and the police and national guard acting on behalf of the property owners – but also a radical style of filmmaking that sought to shed light on aspects of the story ignored by the major media outlets. This is “protest cinema” at its most incendiary.

LOVE IT / LEAVE IT: 1970, 15 min., color. This second film by Tom Palazzolo more fluidly and subjectively weaves sound and image together to create an hallucinatory montage of urban America at the height of anti-war demonstrations. Equal parts totalitarian nightmare and candy-coated consumer fun fair, it is like most of his work: light on overt editorial comment and full of a keen sense of bizarre moments. It’s a foot-loose search to capture the spirit of the times and people without imposing the filmmaker’s own political agenda.