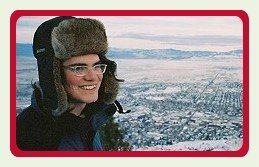 Filmmaker Levi Abrino will present a collection of his own films and films by his collaborators including recent Academy Award winner Luke Metheny.

Levi Abrino was raised with four adopted siblings on a dairy farm in rural Central Pennsylvania. Leaving the farm for Penn State University, he earned degrees in Geography and Filmmaking, which he used to land a job on the teller line at a rural bank. Here, his duties included cashing checks, taking deposits, and playing the crook in Friday-morning bank robbery drills. Levi is currently an MFA candidate at New York University, where he is developing a feature film. His previous shorts BURYING DVORAK and I RAN WITH A GRAY GHOST have received such honors as being selected for the Best of Slamdance DVD, screening as part of the opening ceremony at the prestigious Clermont-Ferrand Short Film Festival in France, and having a weeklong theatrical run at the IFC Center in New York.

more information to be announced soon.