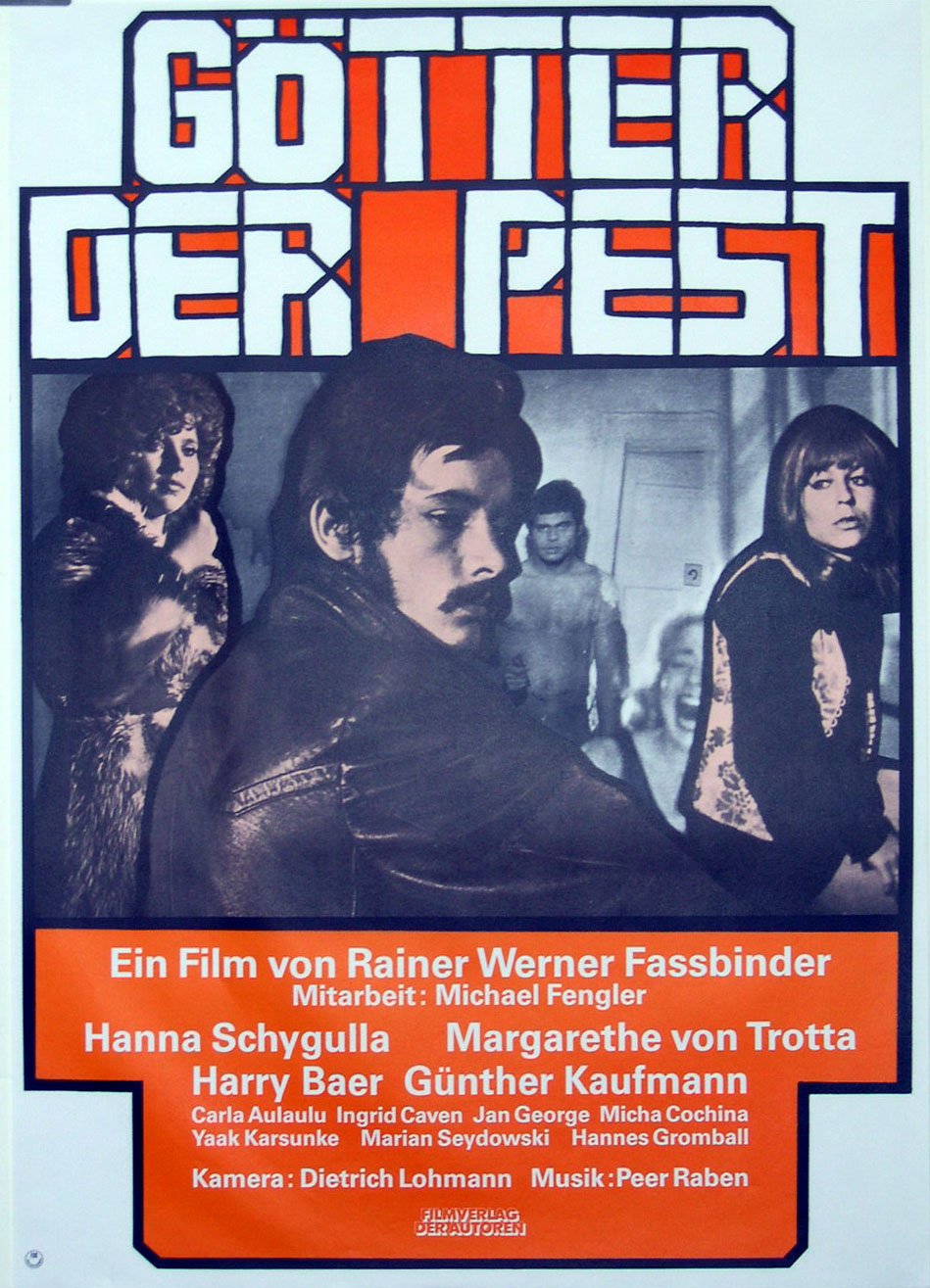 A man is released from prison and finds the society on the outside less than appealing. With several women as well as the police on his tail, he sets out to find an old friend.

NYTimes: "Gods of the Plague" is the work of a very young man who has just discovered the secret pleasures of angst. It's full of the movie associations that once so amused Godard, Truffaut and Chabrol, and it's impeccably performed by members of the Fassbinder stock company."