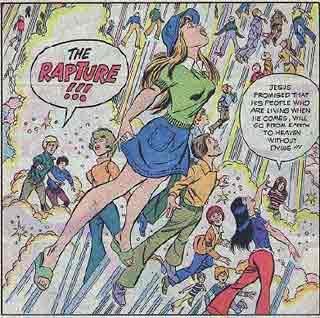 "Countdown to the Rapture, pt.5"

PART FIVE in a series of Educational/Scare Tactic films from the 70's and 80's in regards to The Rapture.

(no need to worry if you missed the first three parts, all the movies are separate and stand on their own)

for an idea on the type of film that is shown, here is an example of a rapture related movie: http://www.kindertrauma.com/?p=8327