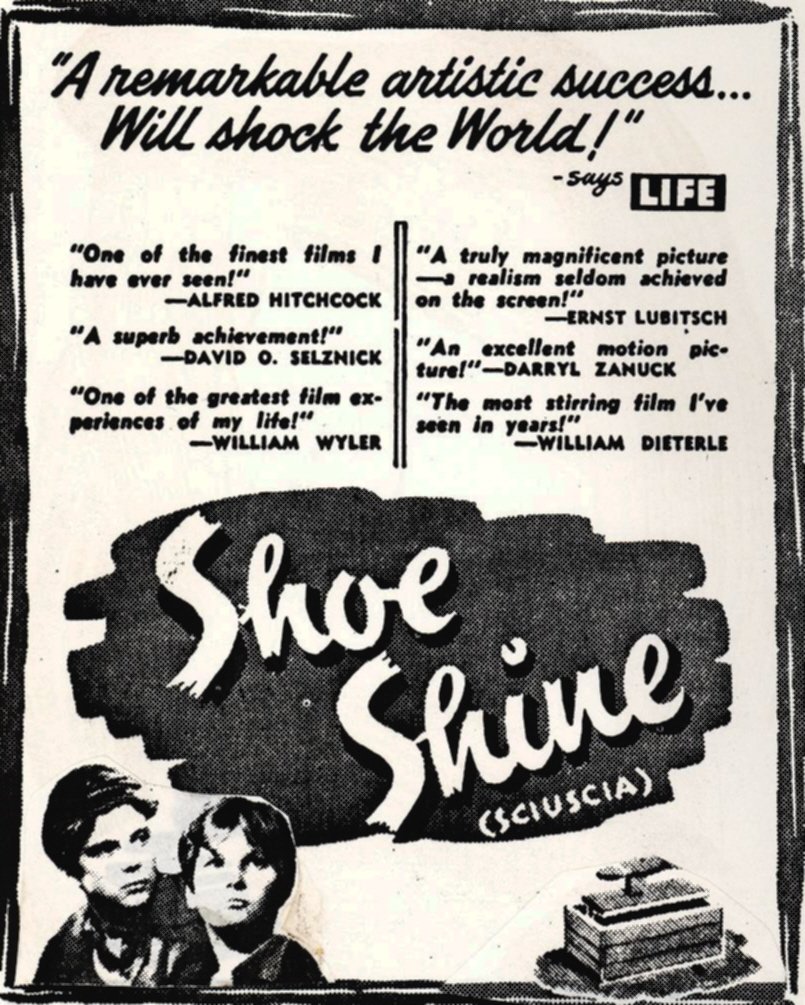 by Vittorio De Sica (director of the Bicycle Thief)

"A remarkable artistic success... Will Shock the World" -LIFE.

“It was as if the camera disappeared, the screen disappeared. It was just life (unfolding in front of the audience).” -ORSON WELLES

Shoeshine is among the first of the Italian neorealist films. In 1948, it received an Honorary Award at the Academy Awards for its high quality. This award was the precursor of what would later become the Academy Award for Best Foreign Language Film.