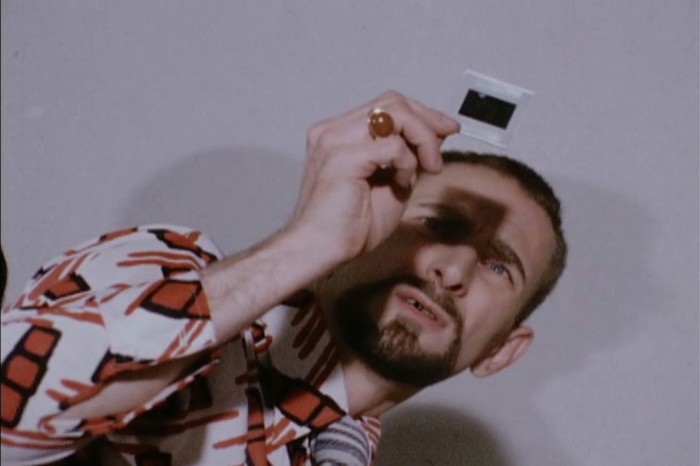 Escape from Rented Island: The Lost Paradise of Jack Smith

“I call it a ‘Film Essay,’ but it’s really a non-documentary film document that gives Jack SMITH the chance to be heard without the intervention of talking heads, critics, and had-been friends.” (JT)

For more than twenty years, Jerry TARTAGLIA worked on restoring, preserving and exhibiting the film legacy of Jack SMITH. His work as restorer, done with the support of Jack’s friends, The Plaster Foundation, and The Gladstone Gallery, has made it possible for Smith's films to be available for future generations.

“Jack SMITH left behind a cache of audio recordings that he made in the 1970s, 80s, and earlier, in which he reveals much about his ideas of artmaking, Cinema, politics, and life. Some of the recordings are solo readings of his published writings while others are documentations of his ‘Live Film’ performances. Some are recordings that document rehearsals for his films and others are impromptu recitations on a theme.

These recordings have been made available to me by the owner of the Jack SMITH Archive, The Gladstone Gallery, New York and Brussels, for use in my film Escape From Rented Island: The Lost Paradise of Jack SMITH.

I’ve culled the most daring and engaging of these recordings with  images from his films and photography that exemplify or illustrate his ideas.The unique feature of the film is that there are no “talking head” interviews with anyone. The only spokesperson for Jack SMITH is Jack himself! ”(JT)"