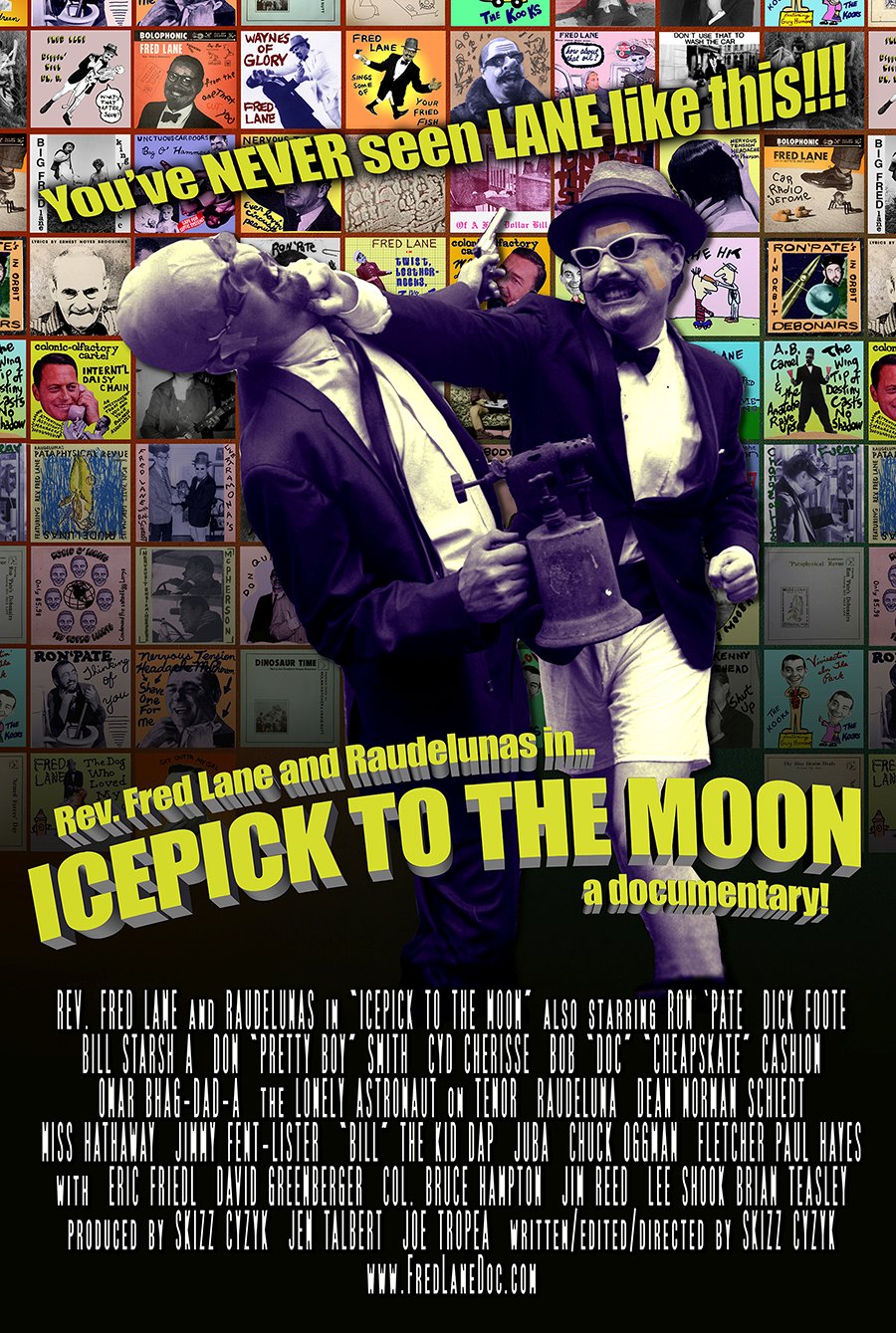 A Documentary About Fred Lane And Raudelunas With Filmmaker Skizz Cyzyk In Person Presenting His Film!

19 years in the making, ICEPICK TO THE MOON is a feature length documentary about obscure stripmine crooner, Rev. Fred Lane, the pants-less, Band Aid-adorned performer who achieved a worldwide cult following starting in the Eighties when the Shimmy Disc label made Lane’s records easier to find. Lane is described by his obsessed fans as “subversive,” “completely satirical,” “the Dada Duke Ellington,” and “Demon Frank Sinatra.” His fans have spent years examining every detail of Fred Lane’s albums, and yet whatever information they have found out about their hero has only led them deeper into blissful confusion. ICEPICK TO THE MOON not only examines the cult of Fred Lane fans, but also pulls the curtain back on the mysterious artist who is Fred Lane, from his early involvement with the Raudelunas arts collective in Alabama in the Seventies, to his current occupation making whirligigs to sell on the arts and crafts show circuit.