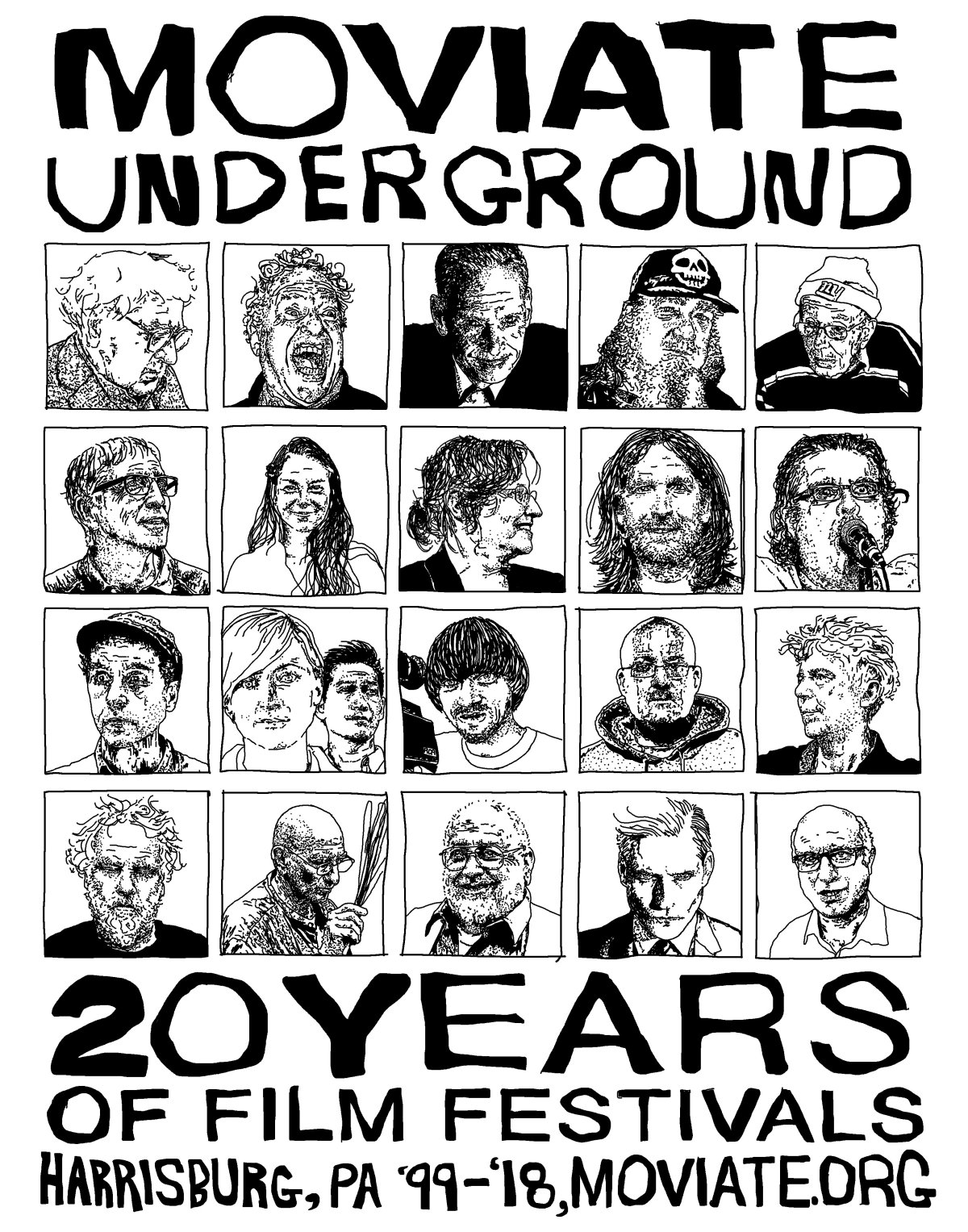 A neon noir western in which a rancher's daughter witnesses the death of her father, and then stops at nothing to attain splendid vengeance years later.

Somewhere in the dreary nooks of Mumbai's film industry, Camera Threat explores the ambivalent relationship this film city has with the moving image. Seated on a casting couch, two actors are getting stuck in impromptu conversations on the side effects of a world that no longer bothers to tell facts from fiction.

“Phototaxis” draws parallels between Mothman, a prophetic and demonized creature in West Virginia lore, and Narcotics Anonymous, the main treatment program in West Virginia’s addiction epidemic. Rooted in nonfiction, this film contemplates synchronicity and the role of belief systems in perception; the tendency to assign supernatural meaning to tragedy and the unknowable; anonymous and apocryphal oral histories; and the moth to the flame.

“The nature of our belief will determine the manifestation of our perception.” - Narcotics Anonymous

The distance from the Moon to Earth averages 238,855 miles. Both astronomical bodies are made up of the same elements in different proportions; one supports life, the other does not. A filmmaker follows a man as he searches for clues to understand the father he never knew. Armed with a stack of photographs, a street address and the knowledge that the man's father was an astronaut, the two explore their surrounding environs in order to unravel the mysteries of living on planet earth.

The Factory aka The Dreams We Dream When No One is Watching aka Cockroach II
Paul Ouellette, 20min, USA, 16mm

A young woman wanders deeper and deeper into a strange world...

An underachiever takes part in a bizarre women's self-help. Will she succeed?

These days, Alan lives alone, barely moving from his armchair, in a room, which is gradually fossilizing. When erstwhile associate Jonny shows up asking questions, the pair find the complex dynamic between them shifting, as Alan exploits the weak points in the troubled ex-singer’s fractured psyche for his own ends. Unconventional, unsettling and blackly comic, “A Great Fall” is the second short from Jukebox Headaches, the creative partnership between Jez Leather and Jonny Cola. It both follows and prefigures “Restricted Vision”, a film which has screened at underground festivals across three continents.

On the closing day of his beloved roller-rink, Robo Greaser does his best to skate through his final shift.

A series of spatial limits are defined while a maker imbibes. Interdependence is inherited after a substance cannot be shook. An animal carefully guards an outlined space as a river runs backwards.

Even in Paradise it is Not Good to Be Alone
Lorenzo Gattorna, 8min, Italy/USA

In memory of Nonno Pierino

Self-defense techniques demonstrated and repeated to the creeping pace of Billy Joel's "Just the Way You Are." Self-aware performers remix violence into complementarity, inspiring movement into the promise of a dance. A pink print inspires informed movement, now as it was then.

The Canadian Broadcasting Corporation opened the doors of the CBK Transmitter Station in 1939 to serve the prairie region of Canada. Farewell Transmission is equal parts indexical record of the demolition of CBK in 2015 and subjective response to the residual media documenting the event. The building is framed with tension preceding its destruction: emulsion pulsates as if with decades of radio transmission, creating an unsettled eulogy for a cultural institution.

This silent experimental film, made in the tradition of a surrealist "exquisite corpse” collaboration, features randomly spliced together shots photographed by three different filmmakers at locations across Maryland. The exposed footage was hand-processed using a coffee-based developer and old US Army processing tanks.

Vapor is an insubstantial film - diffused matter suspended in air - a cinematic dew point where time and space are distorted and compressed. Pinhole images coalesce into something recognizable and just as quickly fade into the mist of emulsion from which they came.

My life recapitulated as a phantasmagoria of nostalgia and neurosis. Capricious memories and sensory impressions collide, coalesce and collapse.

Dancer Nonoko Sato at Gallery Kaos No Ma in Kyoto. Shot in ambient light on 30 year old Kodachrome and developed in Caffenol, each frame of the film was exposed for up to a second. Nonoko Sato (Japan) is a member of Kiraza Butoh Company and is also active as an independent artist.

An end resulting in no score. Hand colored, laser printed, sanded, scratched 16mm clear leader transferred to video while being processed, with optical sound. Made with the support of The Athens Center for Film and Video, Athens, OH

A sequence of truces, a personality test offering mostly slippage.

Technical: When a drop of photographic developer hits the surface of a fully exposed 16mm film strip, it makes a black mark occurring at the atomic level that is richer and denser than any ink or marker. If one strikes a print of this blotted 16mm strip twice--once on each opposing side--the result is the equivalent of a “Rorschach” inkblot--an inverted white symmetrical shape against a black ground.

An Empty Threat consists of series of these mirror-images in various shapes and sizes, sequenced into a variety of visual rhythms that add up to a sort of uneasy animation working both in tandem and against the projector. The blots flicker, morph, and fall through the frame lines, but not necessarily in that order and often at the same time.