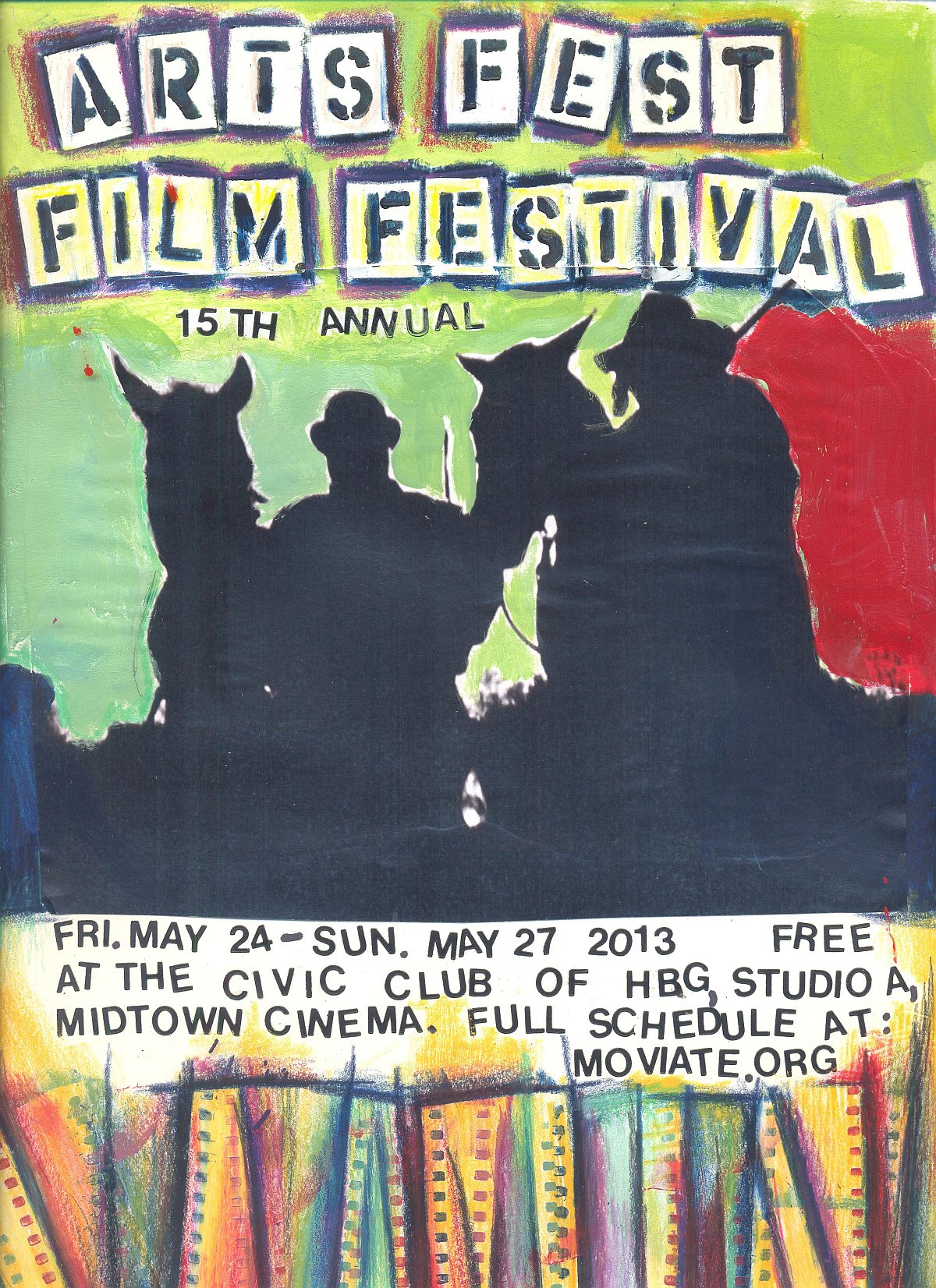 “Wingmaker” by Nick Miller (23 minutes) -A middle aged orderly at a psychiatric hospital struggles to protect a fallen angel while decoding his wife's message from beyond the grave.

“Palace” by Rolando Vega (29 minutes) -In the 1940’s the Carlisle Theater opens its doors to the world in a glow of lights, glamour and success. Fast-forward 50 years later and the dilapidated movie palace is falling apart and up for sale. Leo, the theater’s owner, has provided his community 50 years of a majestic cinematic experience only to struggle with the theater's demise as a corporation threatens to buy and demolish the Carlisle. Come experience the nostalgia and magic of a movie palace that may be facing its own extinction in the short film inspired by a true story: Palace.

“Film digitalia, No. 15” by Matt Whitman (3 min 20 seconds) -This work is a study of the durative moment of montage between three bodies: the digital, the filmic and the human. It is a moment of confrontation between these three bodily apparatuses. It is about how they are constantly at odds with each other and yet, also in awe of each other - looking and looking and trying to feel the others, become the others and destroy the others. How is it that they can be merged and become something beyond their separateness? How can they, together, become a fourth body?

“Sottoripa” by Guglielmo Trupia (7 minutes) -The memories of a poet, who used to live in the Genoa alleys, bring us to his first period in the city, when he took a room in the Sottoripa. We will unearth the secrets of the town thanks to discover of rare movies collected on the Territory.

“Dimensions” by Neysan Sobhani (5 minutes) -Exploring the concept of the dimensions we occupy through the brief, yet intense, experience of two young individuals, we ask how deep are the bonds that tie? How tenuous are our emotional attachments, our sense of purpose, our motivations, that drive our feelings of joy and grief? This film seeks to spark discussion and ideas, not knowing where it may lead for each viewer, of whether loss is truly loss, permanence is truly permanent and whether the cords that are embedded in the fabric of our 'life' are in fact illimitable.

“Incalcitranous Rex” by Matt Willis-Jones (14 minutes) -In Space... no-one can hear you. This Psychedelic Pop-Art Da-Da Sci-fi epic is my response to the often sterile CG industry which takes itself so seriously, forbids evidence of the human hand and shows its audience everything - leaving nothing to the imagination and in the process killing that most special of special effects: the suspension of disbelief. Funnier than Prometheus, cheaper than John Carter and shorter than Solaris.

The priests and nuns were only trying to abide by their faith. They ended up wanted by the FBI. "Hit and Stay" explores a little known group of nonviolent activists. They broke into draft boards, exposed corporate ties to the war in Vietnam, and went to prison in an attempt to stop the killing on both sides. The Catonsville Nine and the actions that followed turned priests, nuns, and college students into fugitives and targets of the FBI.

A Visitor from another planet mixes it up with the locals along Route 30, in South Central Pennsylvania. Veteran Film Maker John Putch's ROUTE 30, TOO! is the 2ND installment of the Route 30 Trilogy. A stand-alone backwoods comedy.