Eleven very personal films with a wide array of styles from extremely unique points of view.

Jiayi Chen, Cameron Worden (3min | USA | Super 8 )
An edited-in-camera, hand-processed super 8 film growing out of a conversation about Florida and Disney World. To one, it is unfamiliar terrain. To the other, it is impending homecoming. Part of an on-going experimental home movie series.

The Flaw In The Crystal

Rainbow Timothy (5min | USA | Animation)
This film is a collection of sketches and ideas from my sketchbook between 2017-2020. It is art therapy. I make films in order to work-out how to exist in this world.

Dane Cree (3min | USA | Animation)
A dark take on the Student Loan Debt Crisis in the United States. Dancing with the weight of a life changing decision. The overwhelming feeling of ever-expanding student loan debt, resulting in suicidal ideation during the deer hunting season.

Tommy Heffron (2min | USA | Digital)
Hum an old spiritual as you cruise along the path of light to the flaming sky.

Geoffrey William Duncanson (4min | USA | Digital, 16mm, Super 8 )
How destructured can you go while still telling a story? The Cranberry Hour is an experimental film that succeeds in hybridizing narrative and freeform styles.

Kevin Ralston (5min | USA | Digital)
An intense dive into the world of one man and his quest.

A Collection of Eccentricities

David Finkelstein (18min | USA | MiniDV)
A poetic examination of the collector’s impulse, the need to map out the world by identifying the objects, people, and works of art which define one’s sensibility.

Ryan Betschart (4min | USA | Unknown)
A rumination on the passive politics of whiteness. In 1997 the song Walkin' on the Sun was a major radio hit, and although the song was written as a response to the Rodney King beating and subsequent LA Uprisings, those ideas were lost to the tune's catchy beach party atmosphere. For the band Smash Mouth to have written such a political song (however problematic the thesis of it may be - why can't we all just get along?- ) and for it to be so widely misunderstood; the band and their fans moving on to greener pastures while the communities they made their hit song off of continue to battle for the soul of liberal politics (white boomers versus people of color) embodies the famous meme of a cartoon dog drinking coffee while he is surrounded by a building on fire, stating: "This is Fine" My character's own flippant attitude towards the mention of racial injustice is both a nod towards the ignorance of white youth and the begging of the question - if I had known, would I have cared beyond a shallow verbal support of the oppressed? A hard day at the pool and the call to dinner being my siren song - an invitation to wash my hands literally and figuratively - guilty thoughts running down the drain, making room for a never-ending beach party summer. 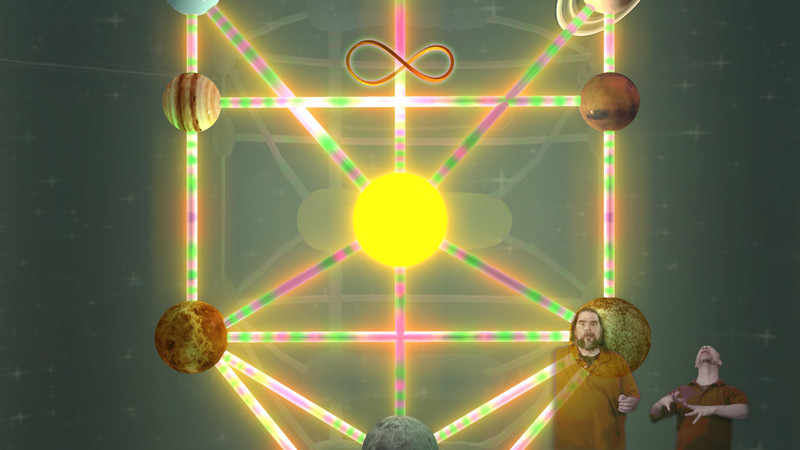