"What's in the basket? The debut gutter-trash symphony from Frank Henenlotter (BRAIN DAMAGE, FRANKENHOOKER), stealthily filmed in the toilet bowls of Times Square and chock-full of demented fury. Hilarious, disgusting, and over-the-top in every way possible, this movie plays out like Herschell Gordon Lewis directing FREAKS on the set of TAXI DRIVER. A true homemade classick.

Duane and his brother Belial are ex-siamese twins who arrive in New York with a purpose -- REVENGE! Against everyone! That's enough to propel any movie, but here the deal is even sweeter because Belial is a telepathic monstrosity who lives in a wicker basket. BASKET CASE features an incredibly grotesque monster puppet that will burn its essence on the surface of your brain until the day you die. It's also filled with real-life 42nd Street sleazers, stop-motion shocks and non-stop sicko fun."

"Shot in New York with a crew of four and a budget of $35,000, this independently produced horror comedy helped to develop the cult audience for cinematic gore that has since become a mainstream genre. Before the gritty eroticism of the city undoes them, Duane and his deformed twin brother Belial seek bloody revenge on the doctors who forcibly separated them as teenagers. Nurtured by fanzines like Sleazoid Express and Gore Gazette, the film previewed at Club 57 and went on to become an underground hit at the Waverly Theatre." 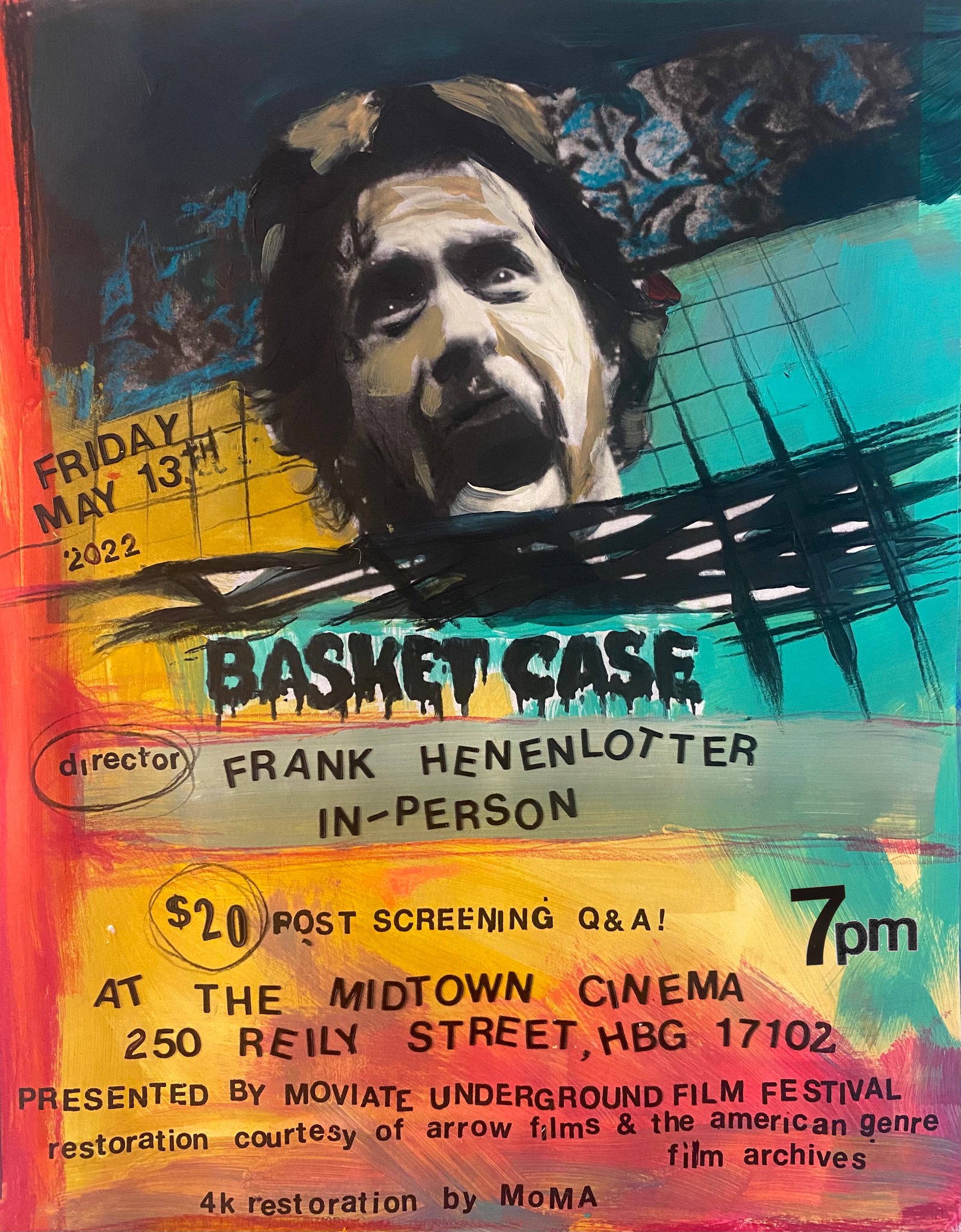