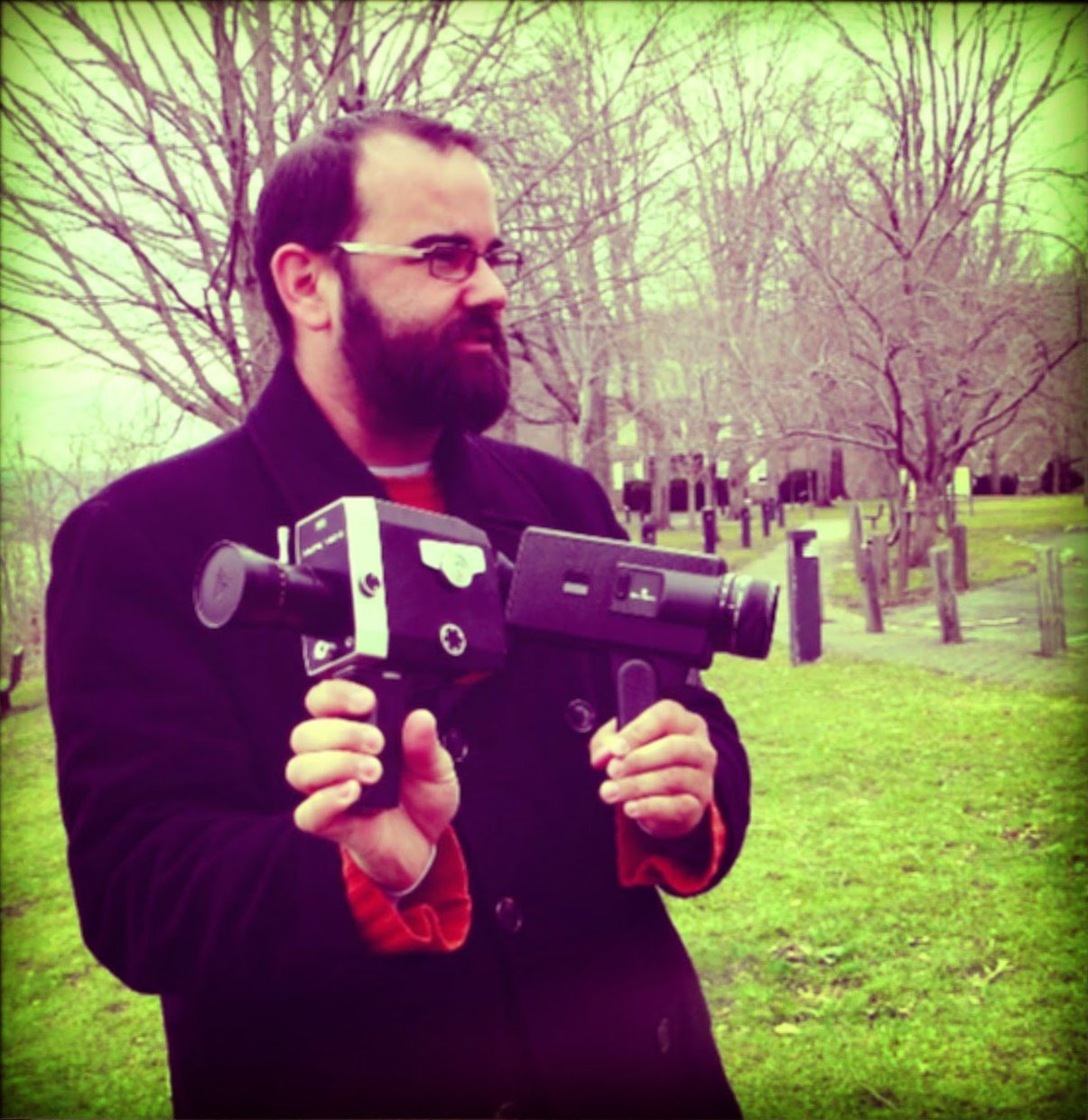 Caleb Smith is a Harrisburg based filmmaker and photographer. He attended Albright College where he was part of Berks Filmmakers, one of the longest running cinema groups dedicated to avant-garde and independent cinema. He studied film with Gary Adlestein, filmmaker and co-founder of Berks Filmmakers, as his teacher and mentor. In 1997, inspired by Berks Filmmakers, Anthology Film Archives, Millenium, and Orgone, Caleb co-founded Moviate in Harrisburg. Since 1997, he has created music videos, abstract short films and videos, and worked on other feature and short films. He attended the Rogue Film School led by Werner Herzog and completed the Masters program through the Raindance Film Program of Staffordshire University. Caleb resides in Harrisburg and teaches Cinema Studies and Video Production at Harrisburg University. Excerpts and short films and videos can be seen at http://www.calebbyronsmith.com